Sail Port Stephens’ penultimate day threw up another mixed bag for the 150-boat fleet contesting various divisions and class titles at the 12th annual sailing regatta over the perfect opening weekend of the NSW school holidays.

From the Salamander Bay course for the sports boats and VXs past the Nelson Bay breakwater where Performance Cruising and Racing plus Super 12s began their offshore crawl and out to the deep ocean courses for the Garmin IRC NSW Championship, race management teams responded fluidly to the fluky conditions, the result of a large high-pressure system sitting over New South Wales.

On the opening Friday of the Pantaenius Yacht Insurance Port Stephens Trophy, the Australian Sports Boat and VX One NSW championship fleets staunched the best of a dark and moody light-air day on their inshore Salamander Bay racetrack.

On Saturday April 13 it was the minis’ turn to float around in brilliant sunshine for hours after the morning land breeze collapsed as the last of the VXs ghosted across the finish line in the only race of the day. When race officer Steve Kidson eventually signaled no more racing, crews cheered enthusiastically and headed to their Soldiers Point base.

Malcolm Dean’s Shaw 650 The Stig added a third corrected time win to their impressive day one tally, keeping the Lake Macquarie crew at the top of the sports boat scorecard from Andrew York’s Reo Speedwagon in second.

Sports Boat Association secretary Jamie Berndt dialled in some better light air speed to have a markedly improved day with his Shaw 650 Situation Normal. “It will come down to the wire tomorrow for the top boats,” Berndt said. “The Stig is sailing really well to be up with the 7½ metre boats, and ReTuned has also performed well, but Reo Speedwagon is certainly not out of it either.

“We all got together for a few drinks in the boat ramp carpark after the race; there’s a really good atmosphere among the sports boats.”

Offshore the Garmin NSW IRC Championship division 1 fleet managed one full windward/leeward race in 6-8 knots of WSW breeze while divisions 2 and 3 had their short course race shortened when conditions went funky. Race 3, in even lighter sou’easters, was also shortened and a planned race 4 didn’t happen, bringing about another change of schedule for the final day of racing, on Sunday April 14.

Gordon Ketelbey’s TP52 Zen leads division 1 results by one point from Mark Griffith’s Ker 40 Showtime. “It was a very hard – a tactician’s nightmare – but it went the way we wanted,” Ketelbey said after racing. “It’s a brand new TP52 on the circuit and we are doing pretty well. There are some hard boats to challenge out there.”

IRC division 2 lead boat is Joe de Kock’s Farr 40 Good Form, the Newcastle skipper happy to admit “the Farr 40s go well in light airs. It was such a nice day … it’s always nice if you are going well.”

IRC division 3 looks to be in the hands of Dale Sharp’s Sofarr – three corrected time wins putting the Lake Macquarie Farr 31 in a comfortable position going into the final day when competitors may be granted marginal respite. The outlook is a maximum eight maybe nine knots out of the south east.

Performance Racing division 1 is all tied up at the top, Drew Garnett’s Fareast 28R Valkyrie holding a half point margin to Michael Rowe’s Bull 9000 Bullet and hot on their sterns is Gerrit Veenemans’ Queensland Fareast 28R.

Course 4 took the bigger boats around Little Island, Fingal Mark and Cabbage Tree island and with the breeze disappearing, Performance Cruising divisions 2 and 3 had their course shortened. Those divisions not able to be shortened in time were granted a time limit extension by the race committee.

Full results for all divisions racing at the 12th Sail Port Stephens proudly supported by Destination NSW and Port Stephens Council are available at http://www.topyacht.net.au/results/2019/sps/index.htm 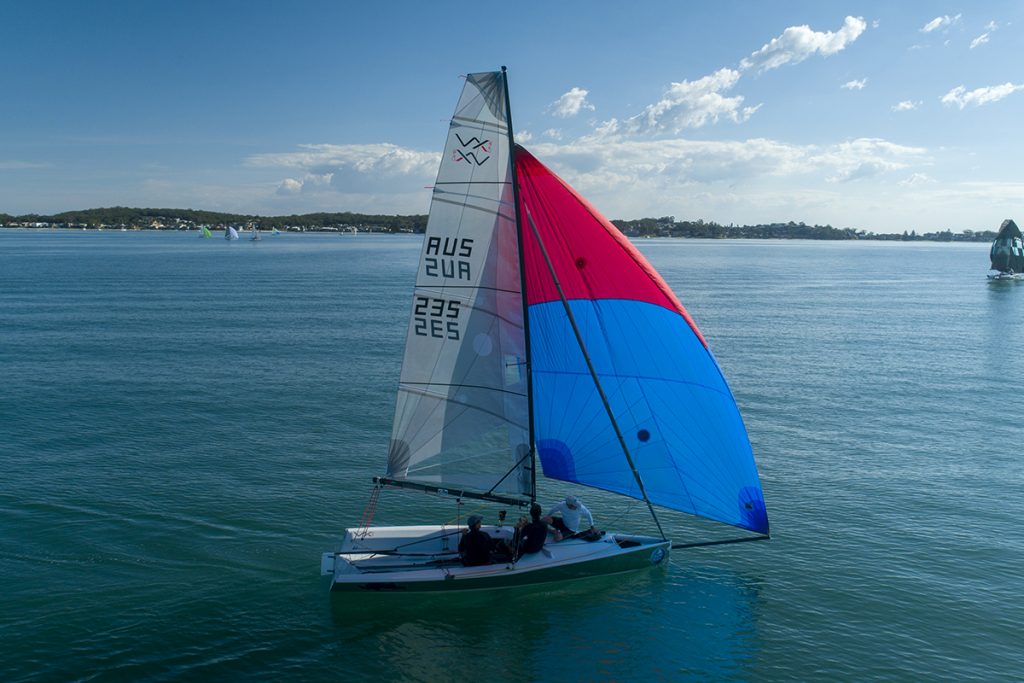 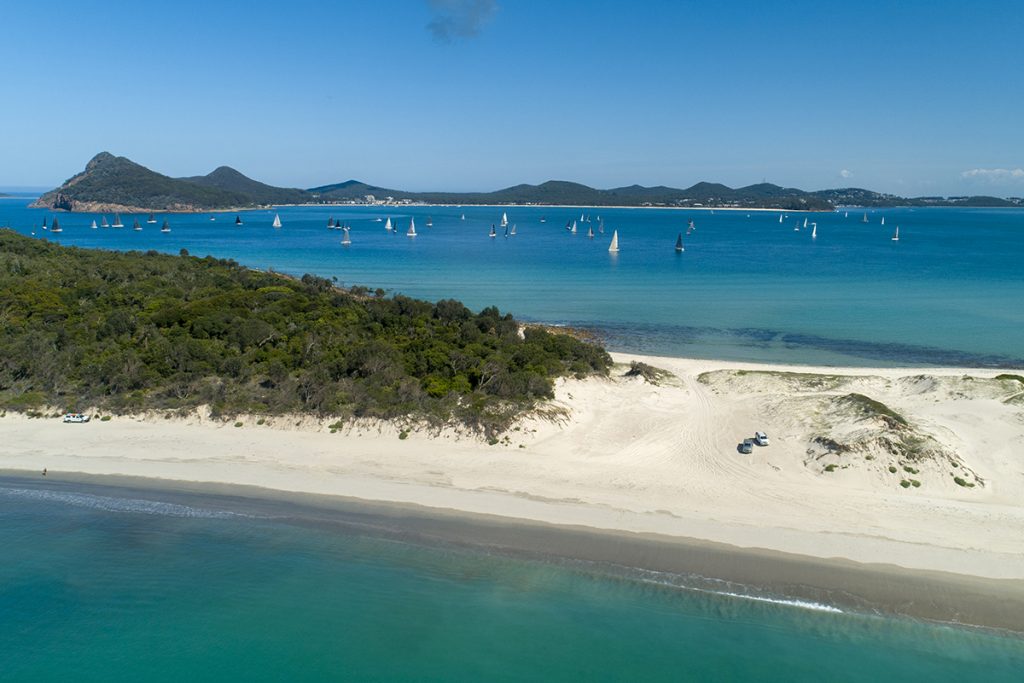