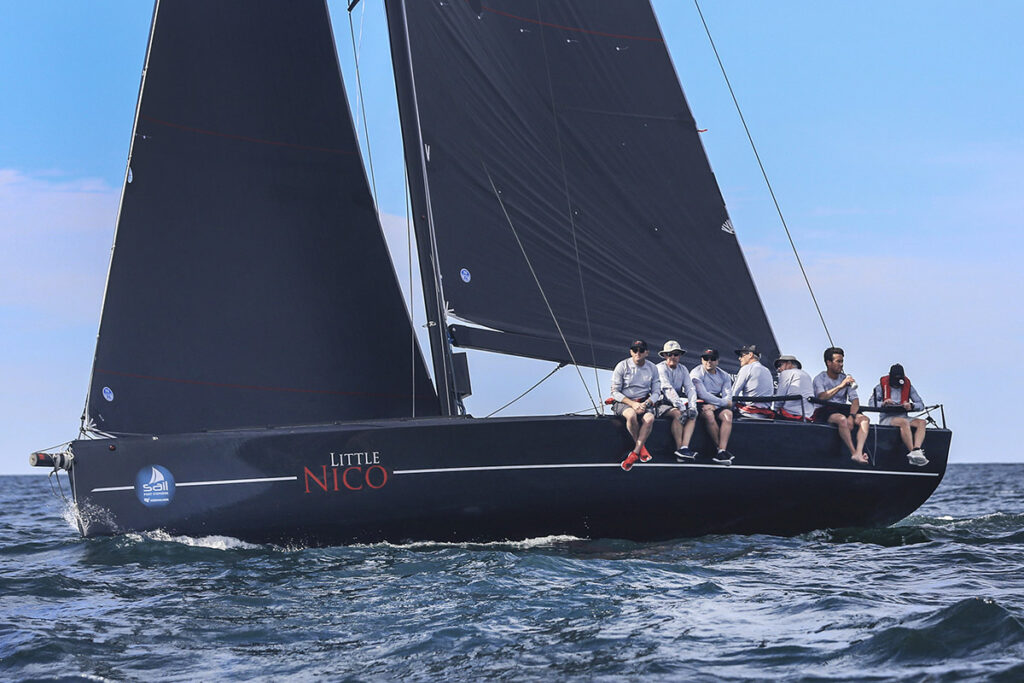 The islands have it as fleet heads offshore

The 2021 Sail Port Stephens regatta switched to island time today for Race 2 of the Commodores Cup, with the fleet heading seawards for a race course where Mother Nature lays the marks – or at least the landmarks.

Starting off Nelson Bay breakwall, the yachts donned spinnakers for a sparkling run in nor’westerly winds gusting to 18 knots. Many hugged Yacaaba Headland under the stern gaze of seabirds and dolphins, modern sails juxtaposed against the majestic, millennium-old cliffs.

They then wove around Cabbage Tree and Boondelbah Islands, which stand like sentries at the entrance to this pristine marine park.

Leading the 108-strong fleet almost from the outset was Little Nico, with owner Adrian Walters back at the helm of his Shaw 11 and Mitch White calling the shots.

“We had a fairly average start due to a radio malfunction, but luckily a downwind start suited a downwind boat,” White explained. “We got through the pack, then it was a case of the rich getting richer.”

The winding course and fluctuating wind strength kept the crew busy with sail changes, but it was no sweat for professional sailors Cam Ward and Josh Alexander who are enjoying a sailing holiday at Port Stephens aboard the Shaw.

Little Nico finally crossed the line four minutes ahead of Rob Dawes’s Marten 49 Indigo II, albeit their advantage had been around 10 minutes mid-race. “Indigo sucked six minutes out of us on the final beat because they’re a much bigger boat,” White added. “Unlike yesterday, though, the weather gods went our way as the wind eased after we finished.”

It was déjà vu in Divisions 3 and 4, Dale Sharp’s Farr 31 Sofarr and David Rundle’s Smoke and Mirrors both winning for the second consecutive day. The PHS handicappers may be watching them like seabirds before tomorrow’s finale.

Dale Sharp: “It was a great day out there. We got around the Heads in good shape and managed to keep the boat going through the puffs. Through the islands I think we went from third in division into first … and it set us up for a really good race to the finish with Salt Shaker.”

Just last month, Sofarr was tee-boned in a racing incident on Lake Macquarie but is now patched up and sporting a shiny new paint job. Being an ex-J24 sailor, Sharp has rigged the yacht with all the control lines leading back to the pit, where the brains trust can pull the strings while two sizable twin brothers perch on the gunwales, swinging the boat down.

“There’s some breeze predicted for tomorrow, but we’ll be fine if we get some upwind sailing.”

Continuing the déjà vu theme, Salt Shaker and Liquid Force both grabbed the same podium places as yesterday. The Jeanneau Hells Bells is five points adrift in fourth but flying under the radar.

The Fareast 28R’s came to the fore today in Division 4, many of them managing to carry their asymmetrics longer than others. Rob Reynolds, representing Royal Queensland Yacht Squadron, and Chicken Lips, skippered by Mark Hillis from the NSW rural town of Wagga, were second and third respectively.

Stay up-to-date with Sail Port Stephens news and results via the event website or facebook/sailportstephens/. 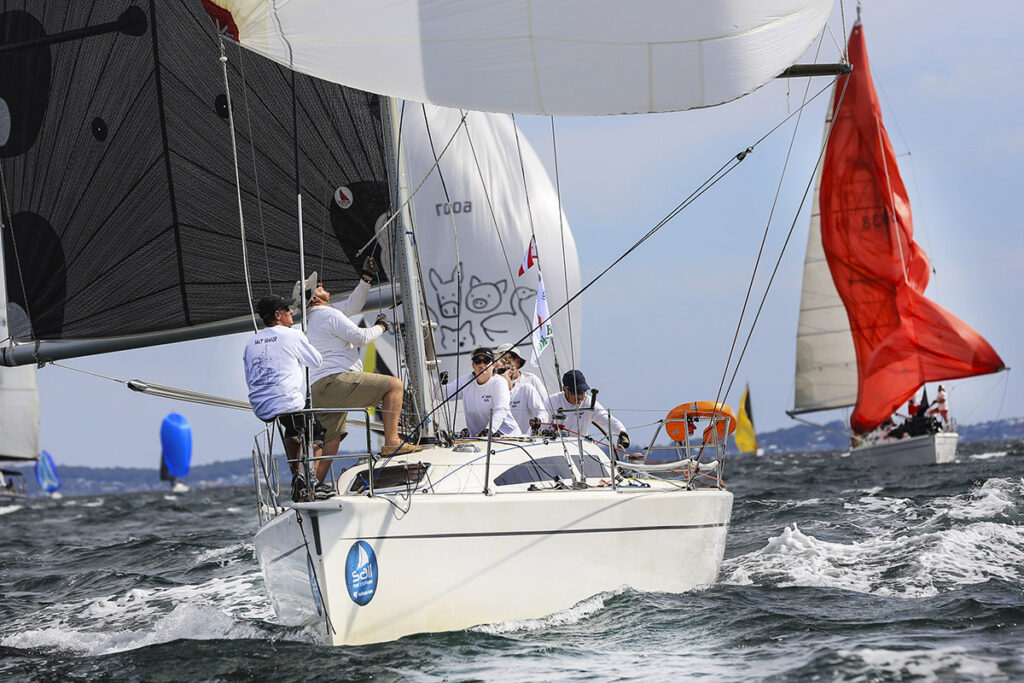 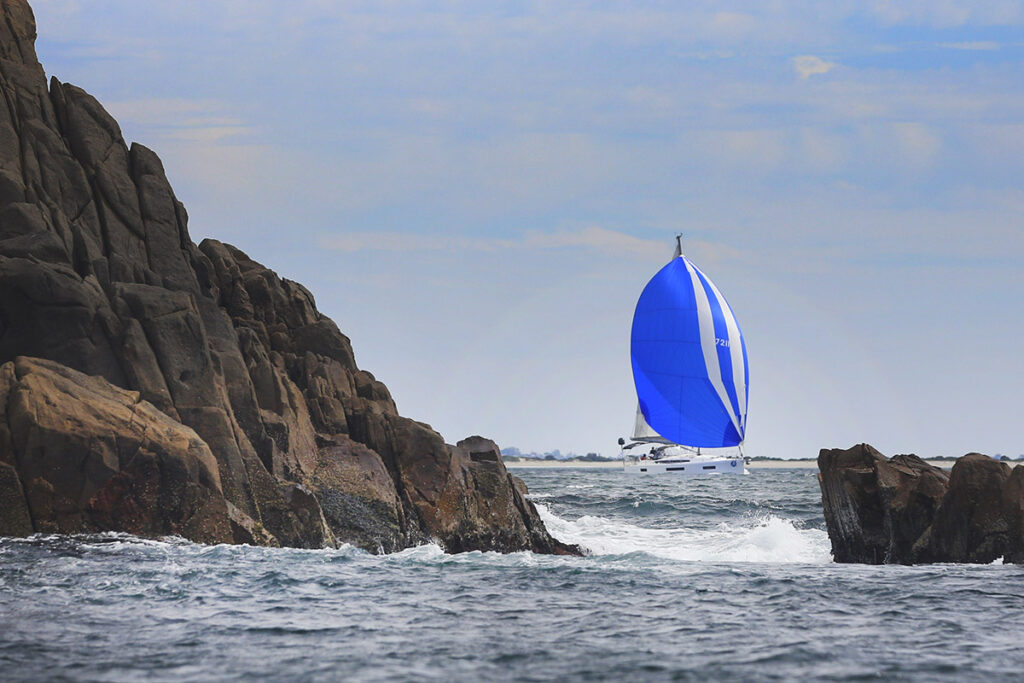