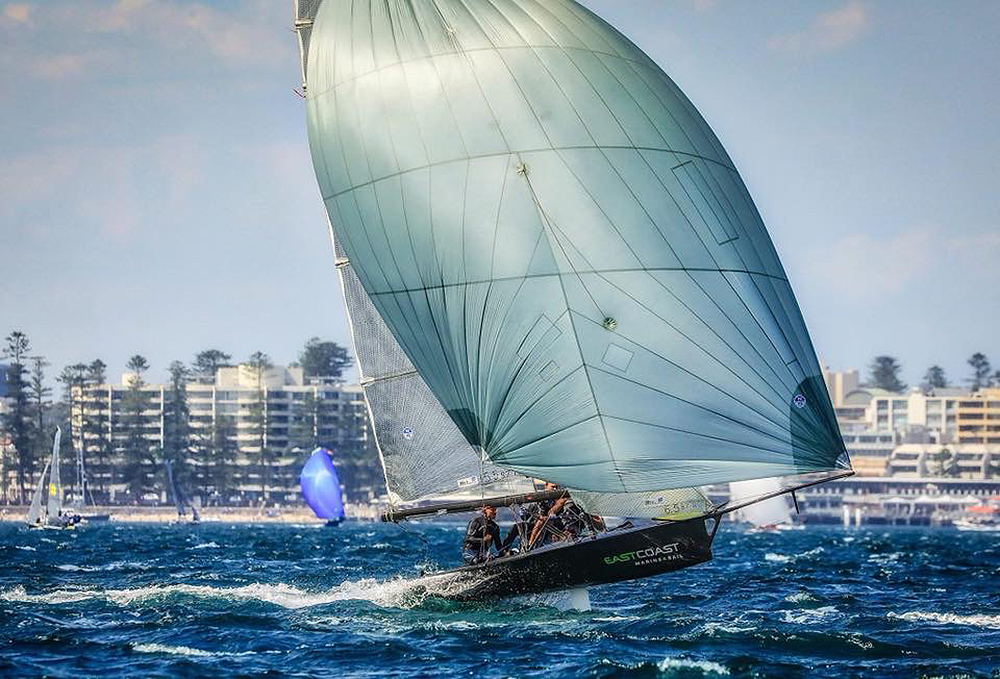 It will be all beer and skittles at Sail Port Stephens in April if you happen to be a 16-Foot skiff sailor, as a fun ‘Keg Run’ has been added to the regatta calendar for the first time.

Six kegs, or the equivalent in cartons, will be laid on for crews to slake their hard-earned thirst after a long and competitive season. Port Stephens’ own boutique brewery, Murray’s, is coming to the party with some of Australia’s finest craft beers.

The event will be held on April 21-22 as part of Sail Port Stephens’ extended ‘Season of Sailing’. There’s three short windward-leeward races planned for the Saturday, starting 2pm, followed by a few quiet Sail ales at Port Stephens Sailing and Aquatic Club.

Sunday will have two races from 12.30pm. The top three competitors all win beer, plus there will be a lucky door prize.

Registration for the Murray’s Keg Run is via TOPYACHT. Notice of Race available HERE.

Sail Port Stephens regatta director Paul O’Rourke says it’s a chance for sailors to let their hair down with families and mates.

“Skiff sailors are renowned for loving a beer or two and we thought their ears might spring up if there was a keg on offer,” he said. “But it’s more a fun, social thing, and the keg idea is part of that.”

Newcastle sailmaker Scott Beeby, who joined the 16s three years ago as a sailor and sponsor, concurs: “We race all these hard-core regattas throughout the season but the venues aren’t exactly the nicest place for a holiday. Lots of us have young families now, so we thought Port Stephens would be perfect.

“You can’t beat the waters for this kind of sailing, and there’s great accommodation and activities on shore.”

Beeby is sheethand and sponsor aboard the skiff East Coast Marine and Sail, owned and skippered by Matthew Reece-Jones, with Corey Hamilton up front.

“There’s been a class resurgence in recent years because you can buy a kit boat from China, off-the-shelf, for around $60,000 with two rigs,” Beeby added. “The hull is pretty well one-design, which means that hulls don’t age.

“We get between 50 and 60 boats at the major regattas, and there’s still the traditional strongholds of Belmont, Manly, St George, Middle Harbour, Drummoyne, Illawarra, and Brisbane.”

Organisers are hoping for around 20 boats for the first Sail Port Stephens Keg Run, including from Queensland, and it’s set to become an annual event. There’s also whispers that Port Stephens Sailing and Aquatic Club may get to host the 16 nationals in future years, so the smart competitors might come early to gain local knowledge. 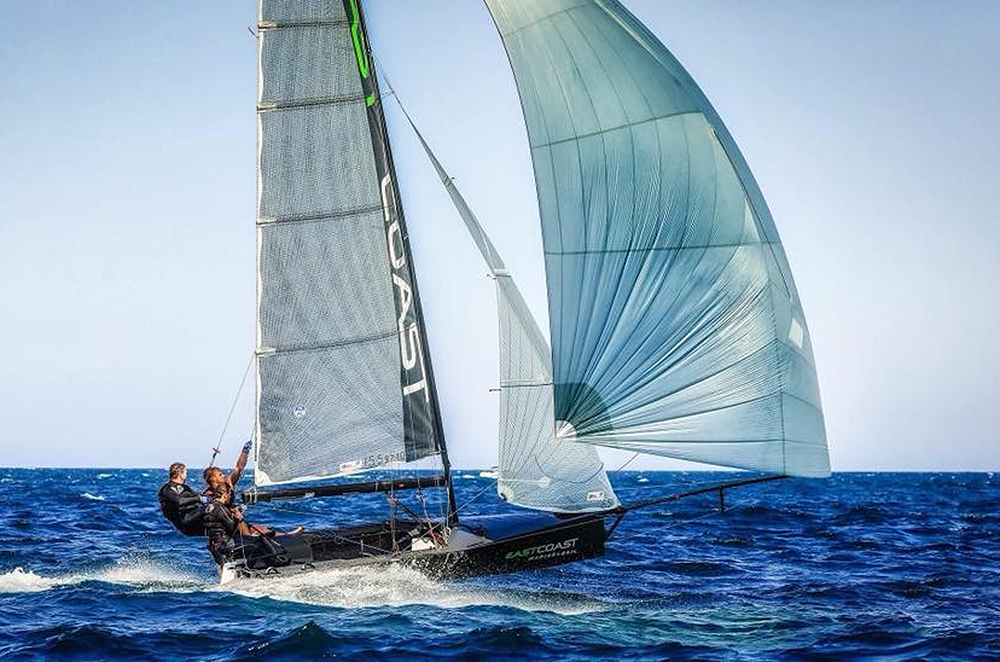