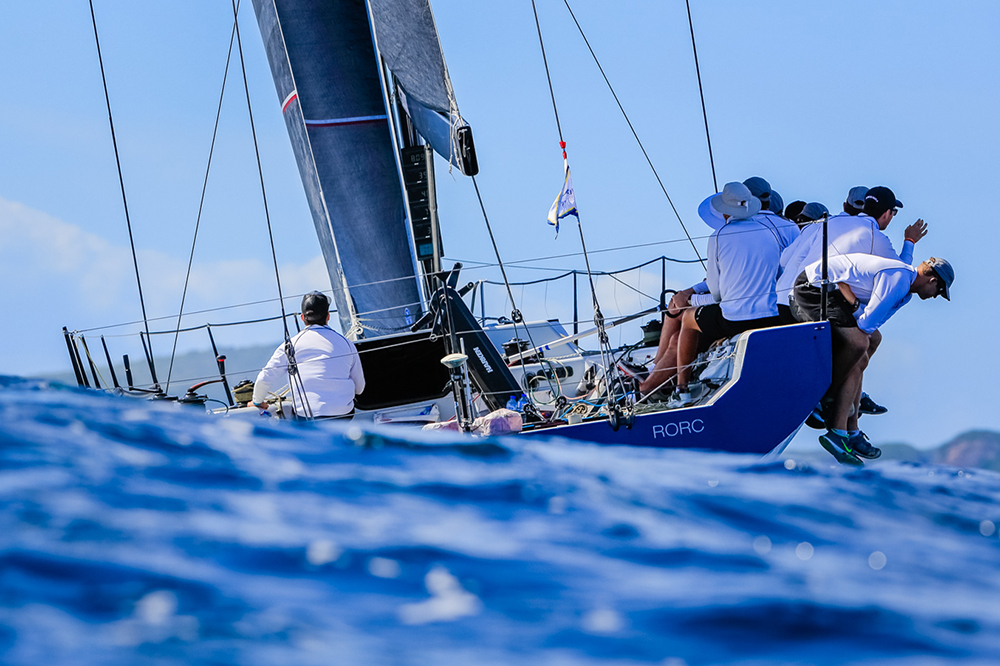 A prime example of determination

The lengths that some skippers go to for a few days racing at Sail Port Stephens has just been stretched by the Victorian 52-footer Prime Example.

The yacht’s gearbox failed off Wilson’s Promontory during the delivery trip, forcing the crew to sail all the way to Middle Harbour Yacht Club in Sydney. The engine was lifted into the saloon and the gearbox sent away for expensive Sunday night surgery.

With the engine bearers also requiring some TLC, work was only finalised mid-afternoon on Wednesday. Prime Example set sail again at 6pm, only to lose battery power overnight and again having to sail all the way to Port Stephens.

Meanwhile, owner Ray Semmens flew back to Mornington Peninsula this morning to get the trailer packed with extra racing sails and gear then is driving directly to Nelson Bay – eta is 2am tomorrow.

The Victorians will face 20 other starters in a bumper Performance Cruising Division 1 fleet. Division 2 has 24 entries and will feature some strong interclub rivalries from Gosford Sailing Club (four entries) and Greenwich Flying Squadron (three entries).

They’ll be racing for the prestigious Pantaenius Port Stephens Trophy which is decided on PHS.

Fellow Victorians Chris Bland and David Ellis have arrived with their Shaw 650 and VX One respectively in tow for the Australian Sport Boat Association national titles, while travelling down from Queensland are Craig Humphries in his Bethwaite 8 Conquistador, Andrew Wiklund with his Egan 7 Crank 658, Graham Sherring’s stretched Leech 750 Retuned and David Brunsdon’s Leech 650 Slingshot.

In the Garmin NSW IRC Championships, Matt Allen (Ichi Ban) and Bob Cox (Nine Dragons) are defending their titles in Division 1 and 2 respectively.

Allen’s crew has also gone the extra yard for Sail Port Stephens, flying in from Spain to prepare Ichi Ban for its swansong regatta besides the upcoming Brisbane-Gladstone race.

“We’re building a new TP52 in Spain, which requires a lot of the guys to be overseas,” Allen explains. “It meant that we missed the IRC Nationals in Sydney because we had to make a decision on what to do – I think it’s important to defend our title.”

Botin Partners are the design team for the new hull, which is being optimised for offshore racing and will include customised modifications that Allen wanted from day one.

“We’ve used up all the wind and rain in the Commodores Cup,” he said. “It’s looking like the wind will shift to the east, then north-east – and even northerly by Sunday – but we’re not expecting much over 10 knots.

“Sea conditions are reducing but there will still be a little slop out there to make it nice and challenging for the fleet.”

With its offshore rig in for the IRC regatta, Allen is expecting a close tussle with four other TP52s. “We a lucky last year because we had 14-16 knots, where we can plane a little earlier than the other TPs, but in the light stuff it’s very even.”

Finally seven yachts are lining up for the NSW Super 12 State Championships. They will sail two days of windward-leewards and join the Broughton Island Passage Race on Super Saturday racing, which is sponsored by Beneteau/Flagstaff Marine.

Prime Example has shown true grit to get to Sail Port Stephens.