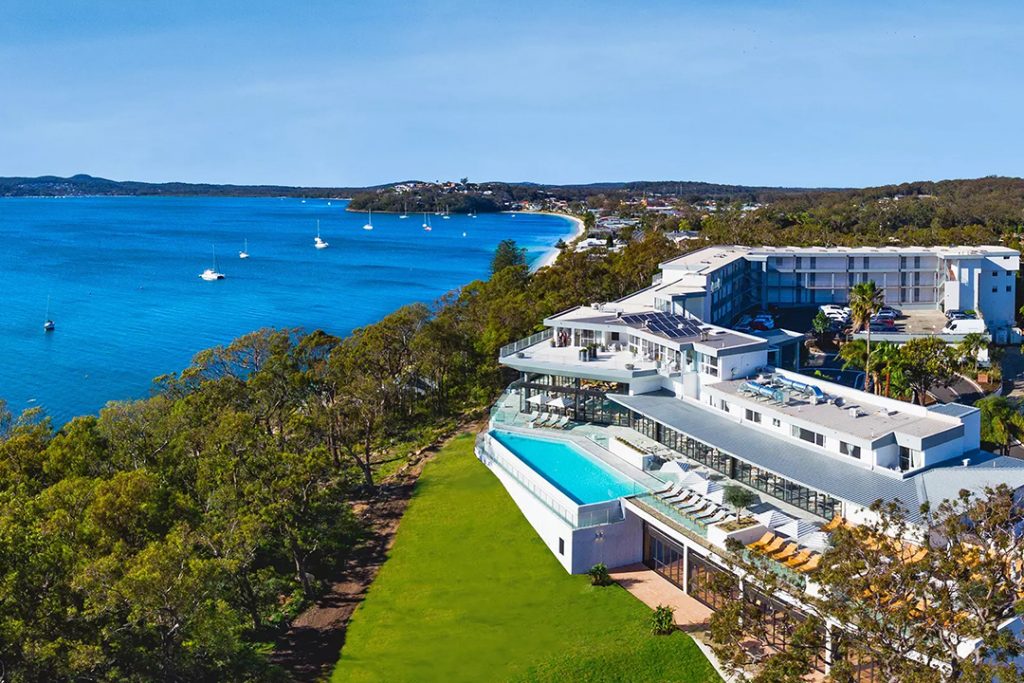 Sail Port Stephens 2019 has welcomed aboard Bannisters Port Stephens as a new sponsor for its entrée event, the Commodores Cup, starting April 8.

The three passage races that constitute the Commodores Cup take competitors on a scenic loop around postcard-perfect islands and bays, offering a uniquely chilled vibe for an eclectic mix of old and new designs.

The same can be said for Bannisters’ boutique resort, which many former visitors will recall as the much-loved Salamander Shores. The 1960s beachfront icon has undergone an intensive renovation and restoration, instilling four-star contemporary chic while largely preserving the retro bones.

General Manager Peter Bacon says the Port Stephens expansion was a no-brainer for Bannisters: “There is so much potential in the Port Stephens area and it is a natural progression for us to take a formula that works [at Mollymook] and replicate it.”

Peter and Commercial Director Alice O’Hara are keen sailors and kite surfers themselves, so are looking forward to welcoming the visiting crews. “We’re very proud to be part of such a great event and would love to see as many competitors as possible staying here during the regatta.”

Adds Rick Stein: “My wife Sas has long been a lover of the Port Stephens area and even stayed in the old Salamander Shores when she was 19,” he said. “When we saw the landscape from the lookout above Nelson Bay we were filled with a sense of excitement to see an almost continuous vista of bays, headlands, peninsula and the open sea beyond.”

The resort holds a special place in the heart of Sail Port Stephens organisers, who were based there in the regatta’s formative years.

“The new sponsorship rekindles a long and very happy relationship with the ‘Sally’,” race director Paul O’Rourke says. “It’s amazing to see how Bannisters has transformed the place and we’d thoroughly recommend it to anyone looking for a great place to stay and dine.”

A record fleet is tipped for this year’s Bannisters Port Stephens Commodores Cup, with over 80 yachts already entered in the spinnaker and non-spinnaker divisions. Sizes range from the Beneteau Oceanis 51 Wilde Rush down to a Melges 24 campaigned by host club Corlette Point Sailing Association.

It’s a time for production boats to shine, with Beneteau, Bavaria, Dehler and Northshore yachts all well represented and rubbing gunwales with some well-known racers. Around 10 Jeanneaus will be competing for their own class trophy, with Performance Boating dealer Lee Condell bringing an award-winning Sun Odyssey 440.

The Bannisters Port Stephens Commodores Cup’s social activities will kick-off with a Wild Oats welcome party at the Wharf Restaurant Bar and Grill on Nelson Bay Breakwall on April 8, followed by a Baywatch-themed presentation ball at nearby Nelson Bay Golf Club on the Wednesday night.

For reservations at Bannisters Port Stephens, phone (02) 4919 3800 or visit bannisters.com.au/port-stephens

Sail Port Stephens is organised by Corlette Point Sailing Association and proudly supported by the NSW Government via its tourism and major events agency Destination NSW, along with Port Stephens Council, Pantaenius Insurance, Garmin and other key sponsors. 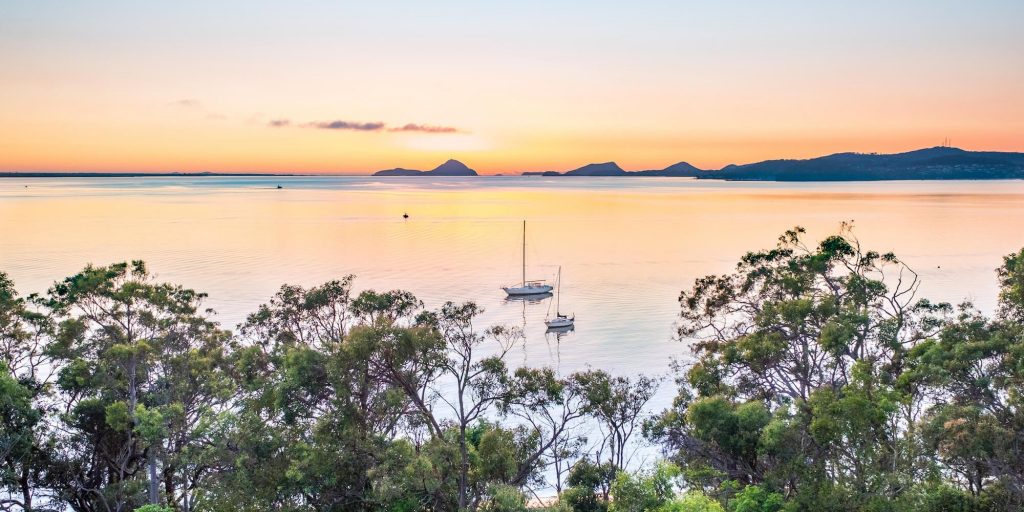