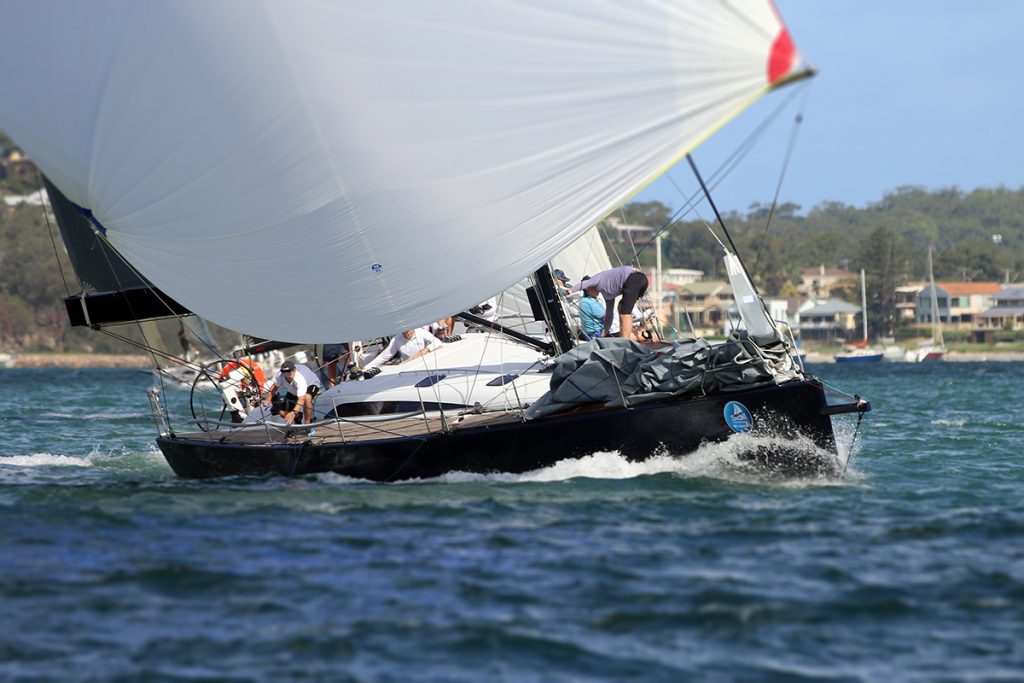 The first half of Sail Port Stephens closed out in the most breeze of the three-day series, puffy southerly winds up to 22 knots on the bay causing spinnakers to flog and some crews to scramble as boats tipped and rounded up in the gusts.
Within each of the five divisions making up the Bannisters Port Stephens Commodore’s Cup, the first half of the annual sailing series now in its 12th year, staying under the handicapper’s radar was key to collecting a series trophy.
Though penalized heavily on day one following their passage race win in extremely light winds, David Griffith’s head-turning Marten 49 Yarrandi (CYCA) remained in the hunt, pulling ahead of Michael Smith’s Kernan 44 Tempo (MHYC) by one point on cumulative points when it counted.
“It was a tight pointscore and a very well handicapped series,” said Griffith after racing on Wednesday April 10, 2019. “We had a great tussle with Showtime – the two boats were pretty close. We go to windward extremely well and they go off the breeze well. The whole regatta is superbly run at the most scenic place on the coast – here and Hamilton Island.”
Yachting legends Phil Eadie and Peter Shipway added sailing savoir-faire to Yarrandi’s performance over three passage races and for the final inshore race, sailing novice Tim Gavin, a former Wallaby and the current vice president of Rugby Australia, delivered extra power.
Rob Dawes’ Lake Macquarie based Hanse 445 Indigo just edged out Dennis Cooper’s well-sailed Amante from Sydney’s Cruising Yacht Club of Australia – a countback breaking the division 2 points deadlock between first and second overall. Third was Len Payne’s Lidgard 10.6 Kerinda, a multiple divisional success story at Sail Port Stephens.
“We’ve had the best time; we competed last year for the first time and we’ve just trumped it haven’t we?” said a delighted Dawes. “We enjoyed great sailing conditions and good competitive racing in the right spirit.”
Division 3 first place went comfortably to Rob Carr and Kerry Burke’s Northshore 370 Mortgage Choice Rumba (MHYC) from Kieran Mulcahy’s Pittwater based Dufour Performance 36e called Astral (RPAYC) and Greg Newton’s Antipodes, a Beneteau Oceanis 45 (CYCA). 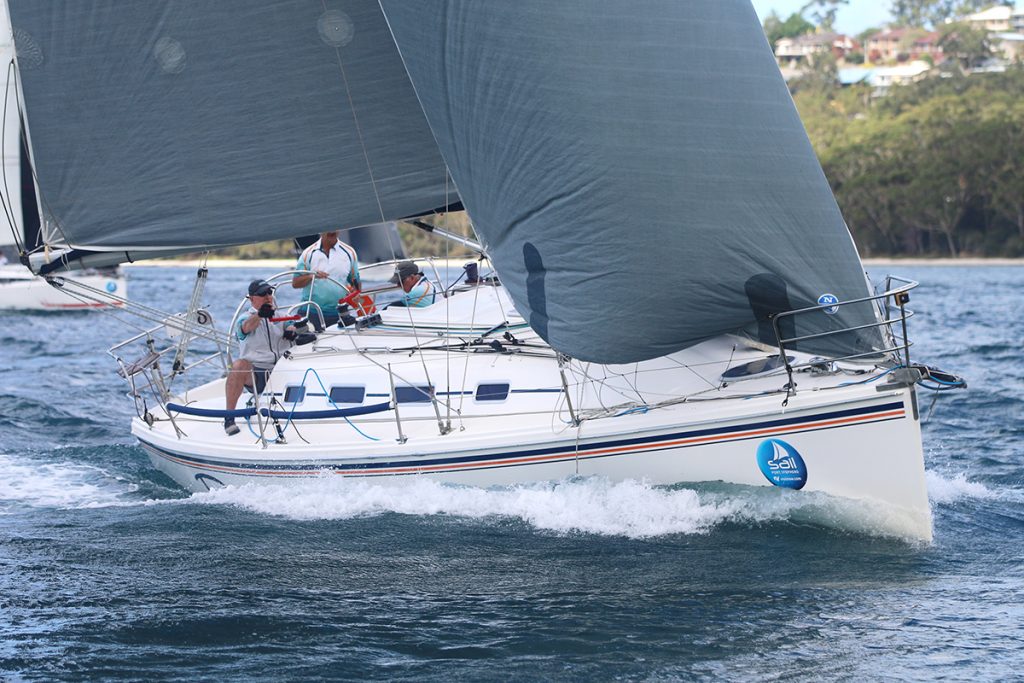 “We are pretty excited,” Carr said, adding “we had a great start today, caused a bit of mayhem and hung in there, staying in front of the boats we needed to. One of the guys flew out from England especially for the regatta; he did a great job on the foredeck.
“Kerry, the other owner, will steer for the next series – he’s a bit worried. I’ll go back to trimming!” Carr chuckled smugly.
A race handicap win on day three for Queensland’s Fareast28R skippered by Gerrit Veenemans sealed their division 4 outright victory over the two Elliott 780s, John Glease’s local boat Troppo and Derek Sheppard’s Black Sheep from Port Kembla.
The Non-spinnaker division pointscore win went to the consistently placed Botany Access Cocomo, Jim Thomas’ first trophy at Sail Port Stephens in at least nine years. “That win was with a previous boat. My current Sydney 36 is pretty well rated and competitive – if you sail it properly there aren’t too many who can beat us,” the skipper said on being delivered the news of his team’s triumph.
“Port Stephens has been great – sailing on flatwater is always good!” a jubilant Thomas added.
Second in the Non-spinnaker division was Mark Clement’s Jenneau 51 Beyond Cool from Lake Macquarie Yacht Club and third was Peter Mayo’s Austral, a Sydney 38 (RMYCT).
Thursday April 11 is the dedicated Sail Port Stephens layday for keelboat crews before the second half commences – the Pantaenius Yacht Insurance Port Stephens Trophy April 12 – 14 for IRC yachts, including seven TP52s, Super 12s, Performance Cruising and Racing entries plus VX Ones and sports boats.
Both the Commodore’s Cup and Port Stephens Trophy have drawn record fleets in 2019.
Full results for the 12th Sail Port Stephens proudly supported by Destination NSW and Port Stephens Council at http://www.topyacht.net.au/results/2019/sps/index.htm 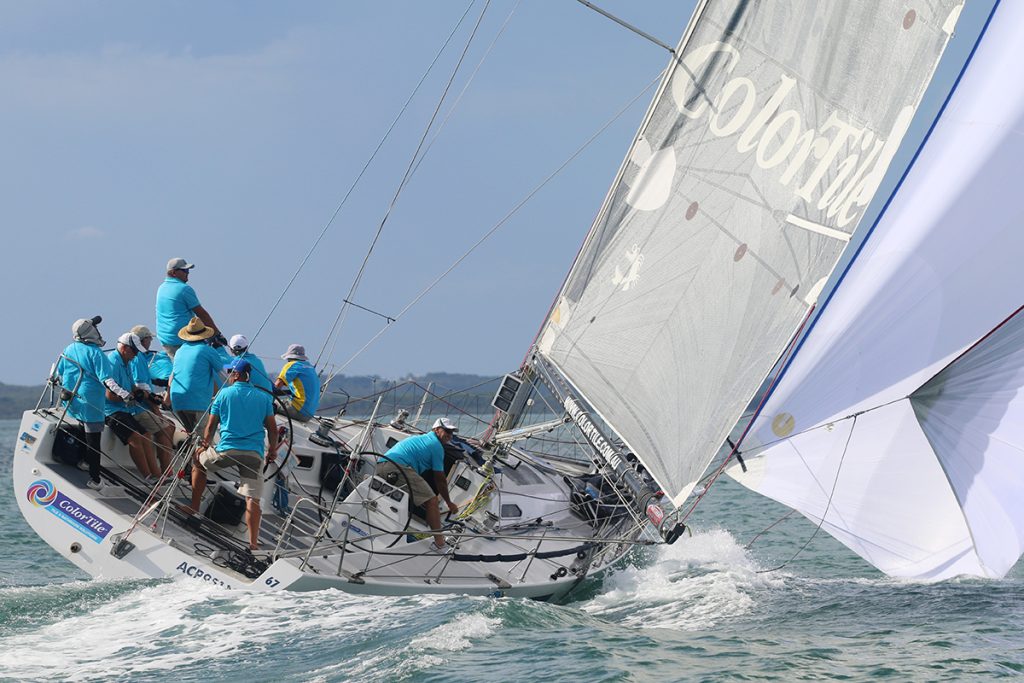 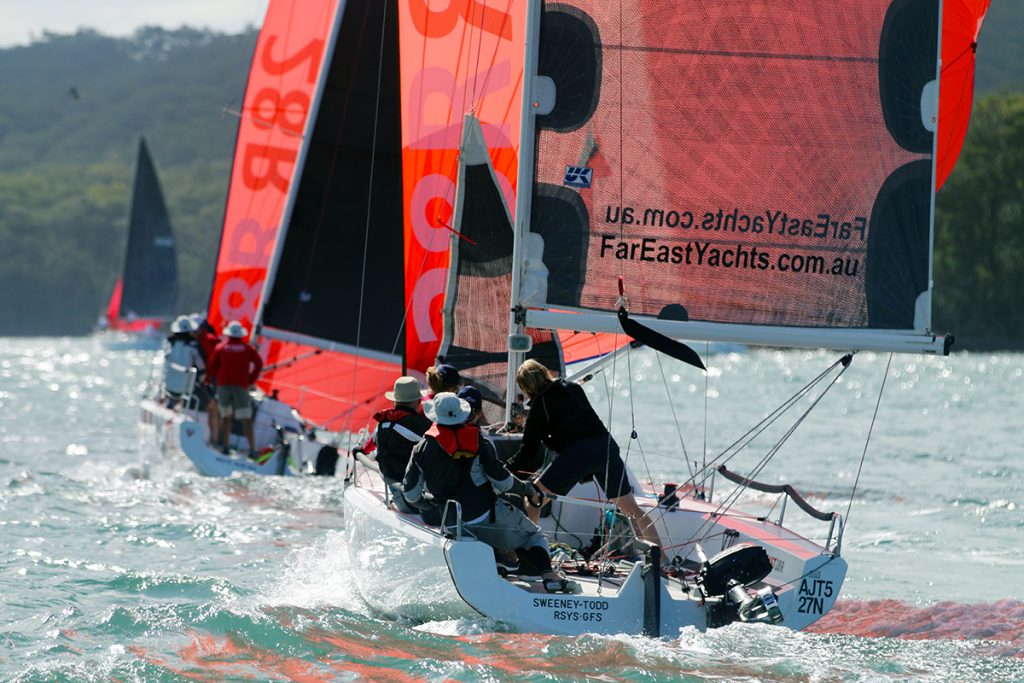 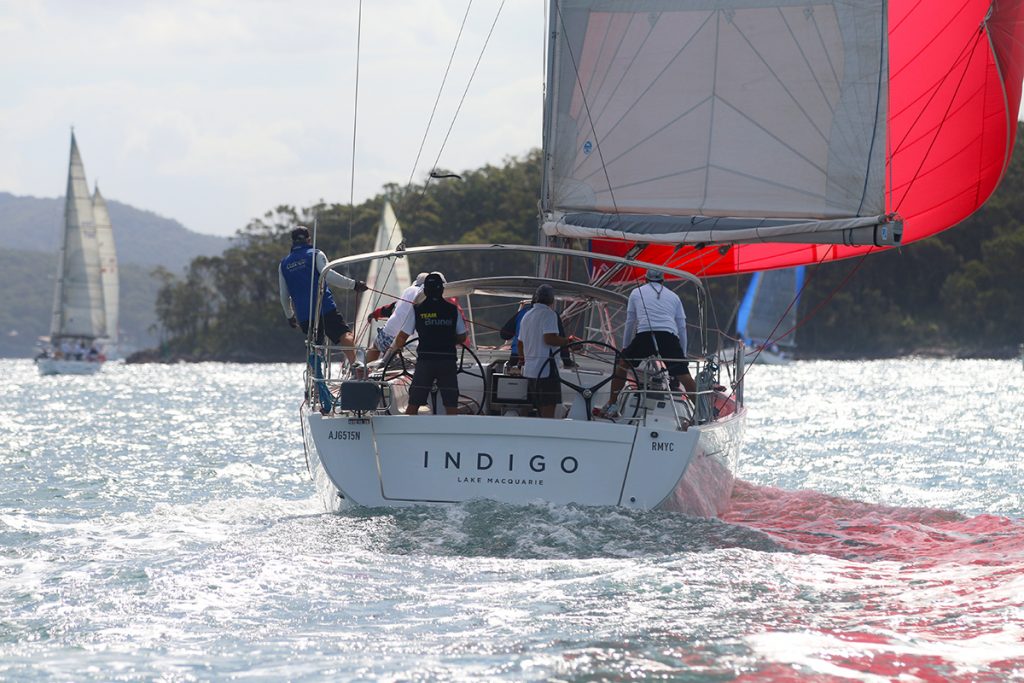 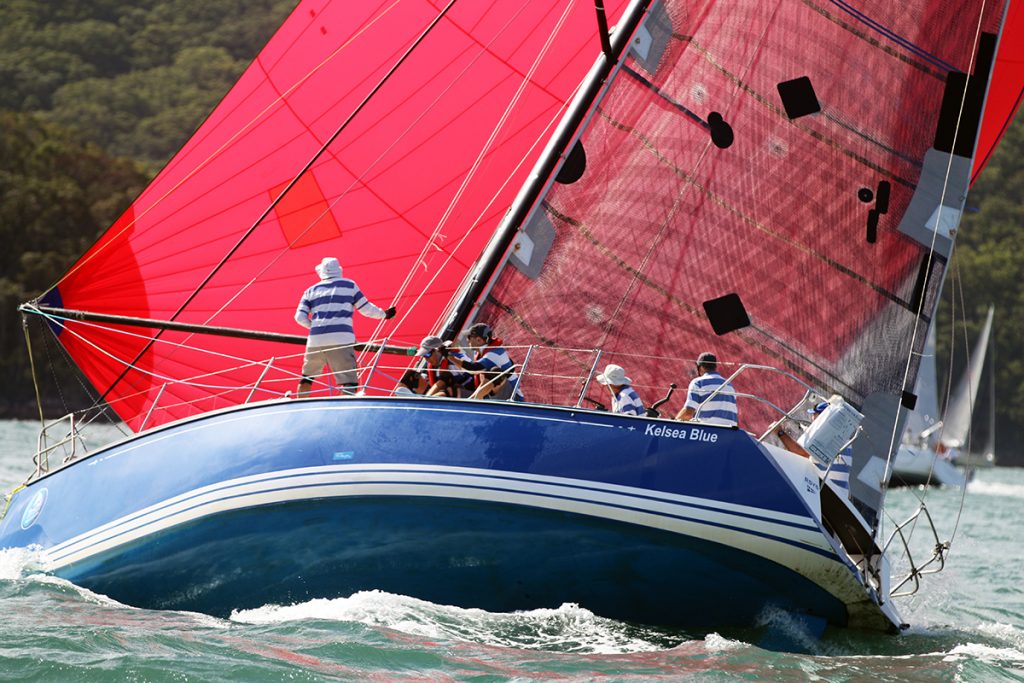 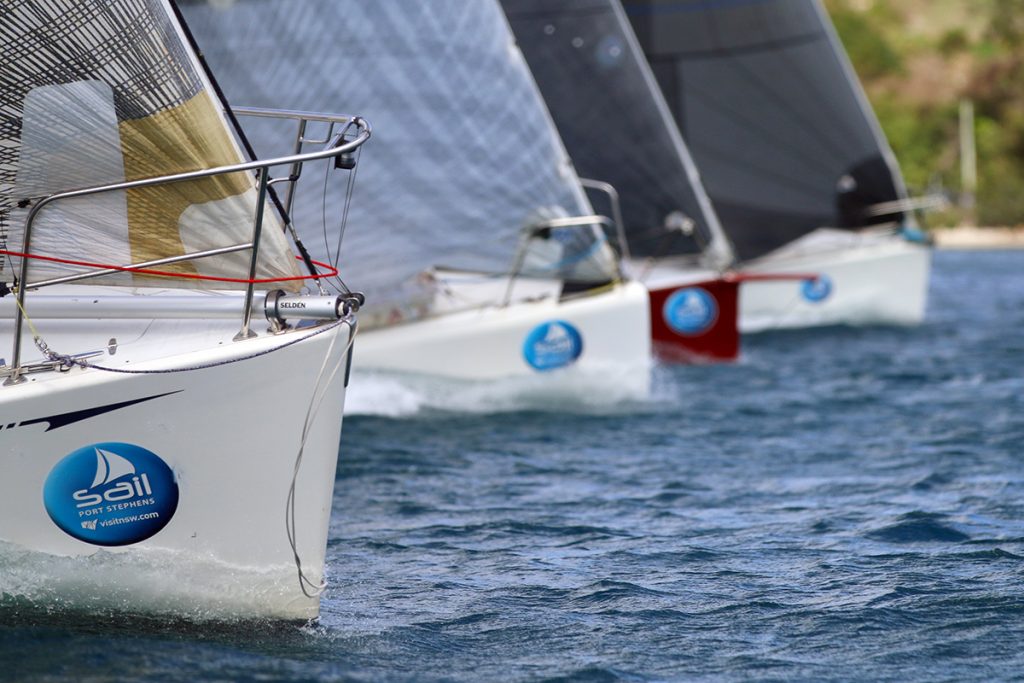