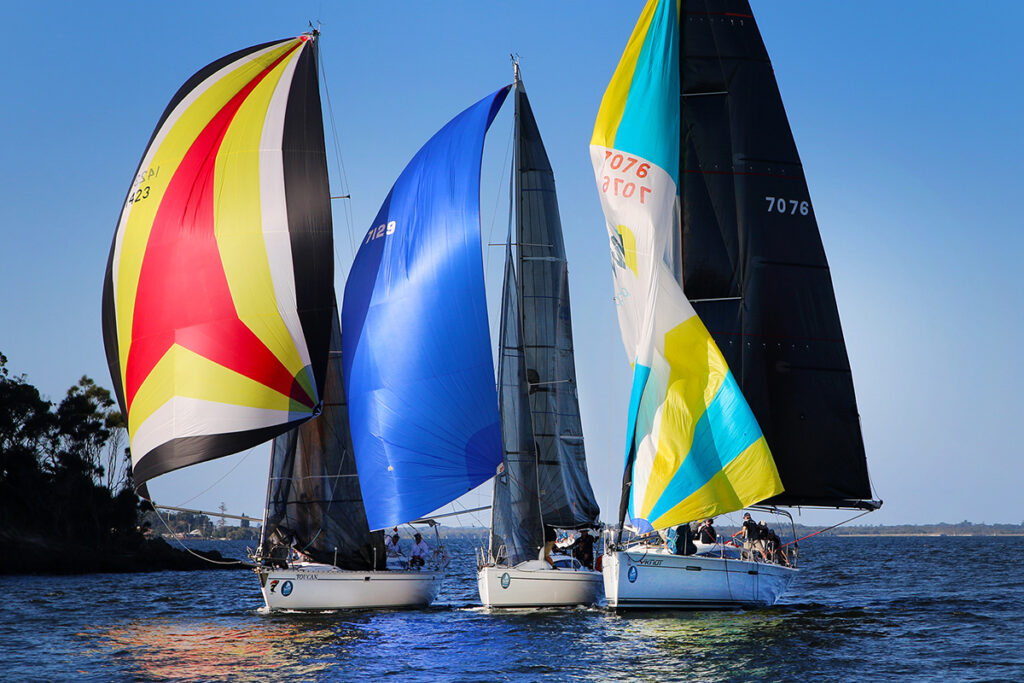 From rust to trust in action-packed start

It was a day to clear the rust, but also to show some trust, as Sail Port Stephens turned on a spectacular opening day for the Bannisters Port Stephens Commodores Cup 2021.

Racing on the iconic Pub-to-Pub course began in light nor’westerlies, allowing an easy run to Shoal Bay, however a mid-race shift to a nor’east seabreeze brought the backmarkers right back into contention as they rode the new wind line.

“The Sikaflex was still drying as we sailed up here on Sunday,” Geddes said, not joking. “I only got to tune the rig on Saturday and we’d never set the spinnaker before yesterday.”

In Division 2, it was the hot Italia 11.98 cruiser-racer Cicero, skippered by Australia agent Mark Hellyer, who claimed first place on PHS. Cicero was configured for IRC, with a fin keel and carbon rig, and it slipped beautifully through the light patches.

“We were a long way ahead before the breeze turned and everyone caught us, but that happens in these kind of races,” Hellyer said. “Once we got the breeze, we kicked again.

“There was definitely some rust because this is pretty well the only regatta we’ve been able to do since I got the boat a year ago.

“We’re very pleased to be here. I personally enjoy light weather sailing because it takes concentration, and we kept out of trouble at the marks – better than some other people apparently.”

David Rundle’s Smoke and Mirrors, an Enigma 34, won Division 4 from Elusive Spirit and the Young 88 Agent 88.  Originally from Lake Macquarie Yacht Club but now sailing with the Port Stephens, Smoke and Mirrors had a mixture of crew from both clubs aboard.

“I think it’s fair to say we had a good handicap today,” Rundle said. “It was one of those weird, fluky days where there were boats behind us that shouldn’t have been, and boats in front that also shouldn’t have beaten us across the line.

“There are so many boats here that the challenge is to get clear air and get going. We mostly stayed out of trouble. When we ran down to Bannisters the rounding was more about security than anything else – most people were pretty courteous.”

“It was challenging for sure. You had to be in the right place at the right time and keep out of trouble more than anything else,” Borel said. “It was nice that everyone stopped at waited for us every now and then,” he added.

“We were right at the bottom mark when the wind line hit, so we effectively got two runs for the price of one.”

Borel describes Kulani as an oldie but a goodie, but it did him proud today.

Tomorrow’s forecast is for more breeze, building to a predicted 20 knots from the north-west.

Stay up-to-date with Sail Port Stephens news and results via the event website or facebook/sailportstephens/. 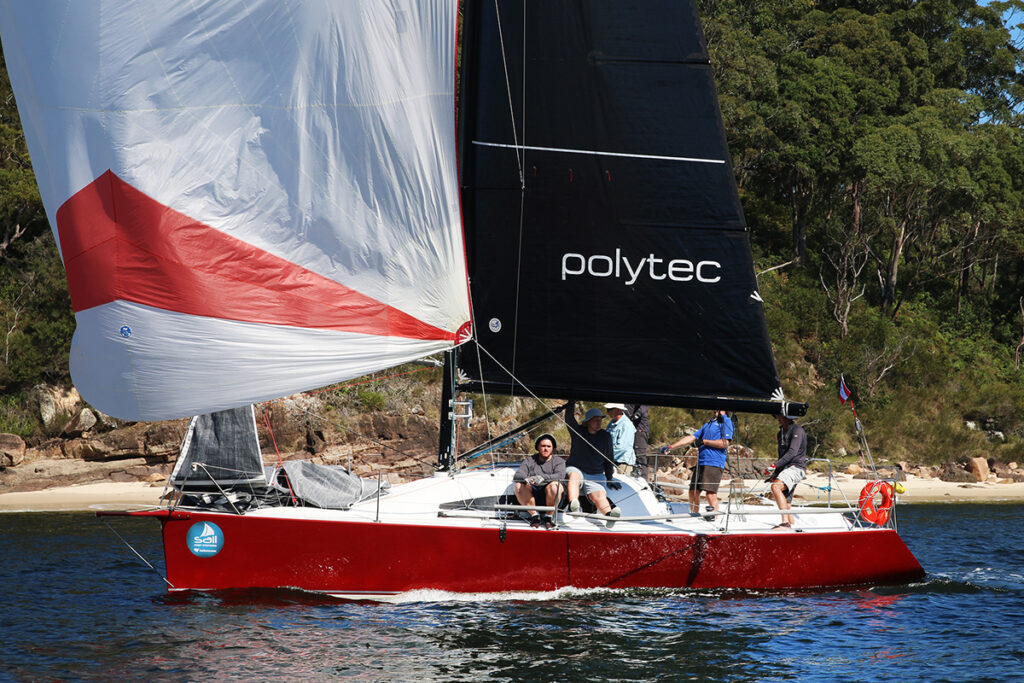 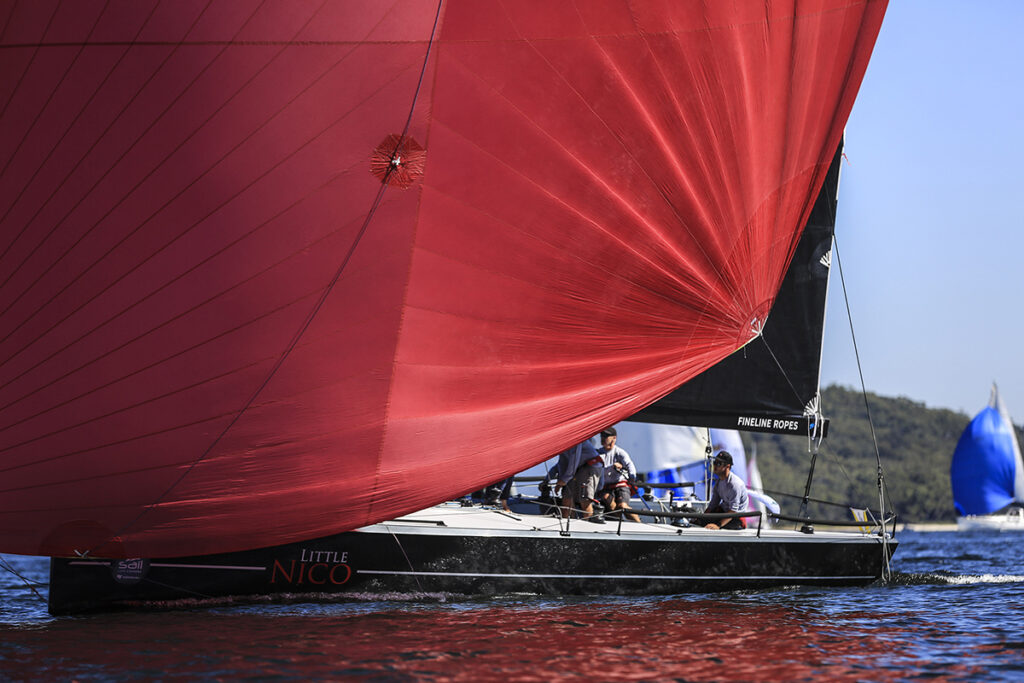 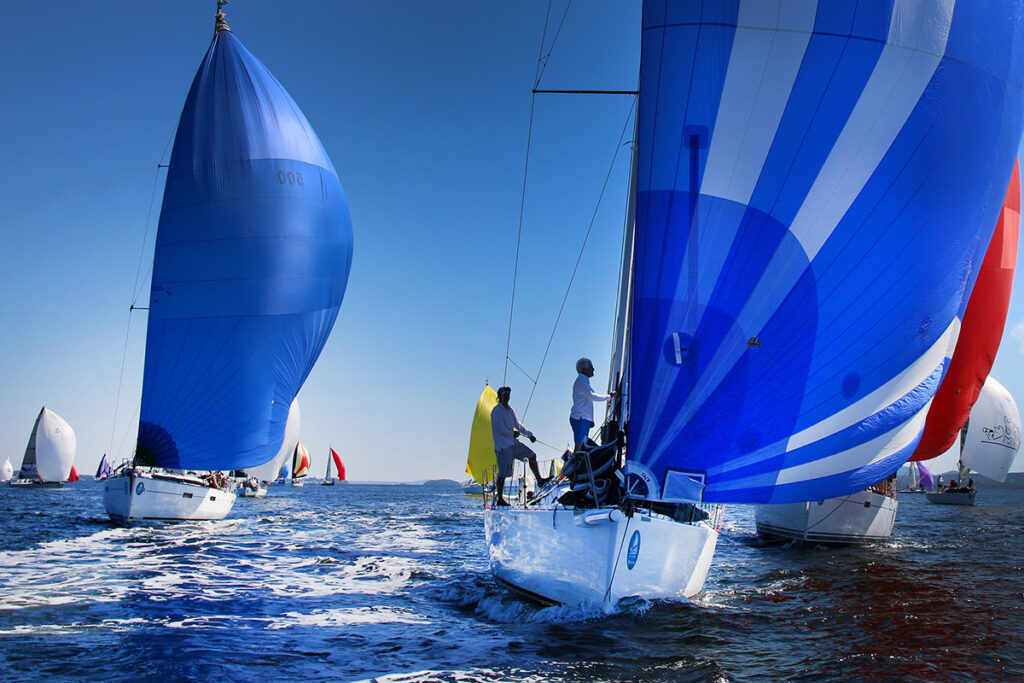