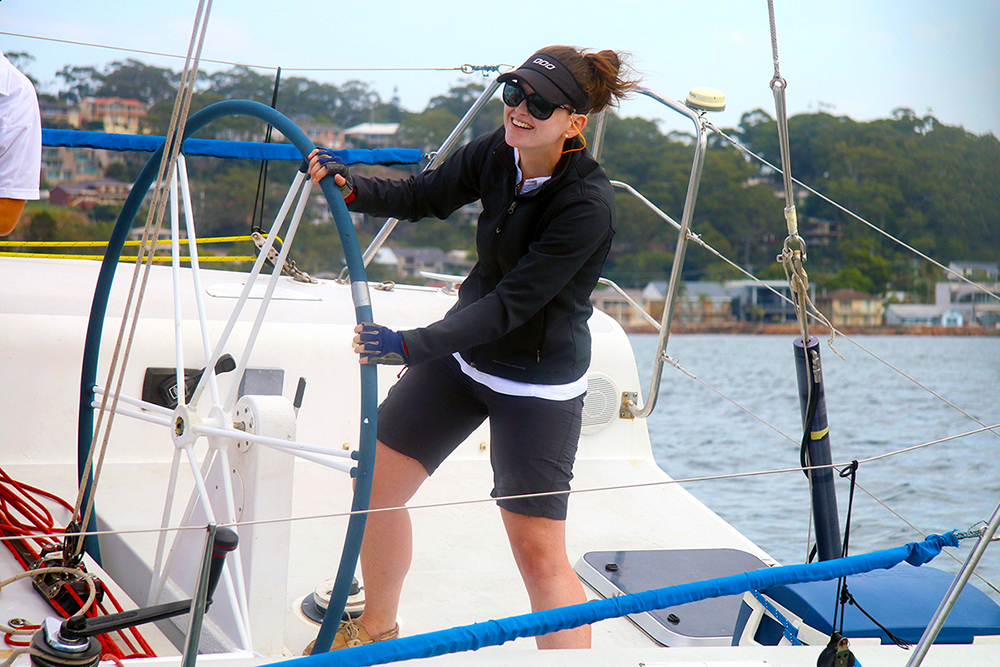 Ladies ready to ‘seas’ the moment

Everywhere you look these days, women’s sport is coming out of the doldrums. So it’s not surprising that the 2017 Sail Port Stephens race week will have its strongest ever representation of yachtswomen.

The Women Who Sail Australia (WWSA) group will be staging their second annual Gathering on the Bay as an entrée to Sail Port Stephens. It’s a chance for women sailors, and those interested in becoming one, to meet, network, share knowledge and learn, with organisers Shelley Wright and Ines Thomas expecting attendees from interstate as well as locally.

Starting Friday, March 31, there will be an informal pre-event dinner at the Nelson Bay Bowling Club. It includes a talk by renowned cruising sailor and writer Lin Pardey who, along with husband Larry, has clocked over 200,000 sea miles in a home-built wooden yacht that has everything but an engine.

Broughtons on the Bay at d’Albora Marina Nelson Bay then becomes the venue for two days of talks. Among the topics are storm tactics, diesel maintenance, weather, personal safety, tips on food preparation and storage, sailing in the Mediterranean, boat importation, ropes and boat plumbing, plus marine rescue.

There is a special presentation planned from Melanie Piddocke who is preparing her boat for a solo, westabout, global circumnavigation in 2018.

Tickets are available at Eventbrite.

“We’re hoping the WWSA members can stay on to take part in the Sail Port Stephens or just enjoy unofficial events around the bay,” regatta director Paul O’Rourke said. “Subject to numbers, there will be a separate trophy for women skippers in the Commodores Cup as well.”

Sydney sailor Poppy Moore is planning to use the regatta as a launch pad for a circumnavigation of Australia, raising money and awareness for Parkinson’s Disease.

Her father has Parkinson’s and his older brother died of the disease.

Poppy bought her East Coast 31, Scaramouch, in June 2015 and has been fitting it out herself, including an engine replacement, rewiring and plumbing. Having previously sailed Cherubs, skiffs and Lasers, it’s her first yacht.

“I’ve basically been learning how to maintain it as well as sail it,” Poppy says. “There have been a few challenging moments but I’m now quite good with power tools.

“I’m doing this trip so my parents can follow the adventure – remotely, while my dad is still around.”

Poppy races Scaramouch with an all-female crew at Sydney Amateur Sailing Club and is hoping they’ll join her for the 10th anniversary Sail Port Stephens from April 3-9. She is also looking for people to join different legs of the adventure, which is expected to take a year.

Soldiers Point Marina is donating the money for a berth to the Parkinson’s cause and regatta organisers are waiving Poppy’s entry fee. You can search for Scaramouch Parkinsons on Facebook or her Everydayhero fundraising page.

Women are also welcome to join Yoga4Yachties’s 60-minute vinyasa flow yoga classes on Saturday and Sunday mornings during the Gathering and from the Tuesday to Saturday during the regatta. Instructor and WWSA member Leanne Hembrow reckons you only need enough room for a mat to keep in shape while cruising.