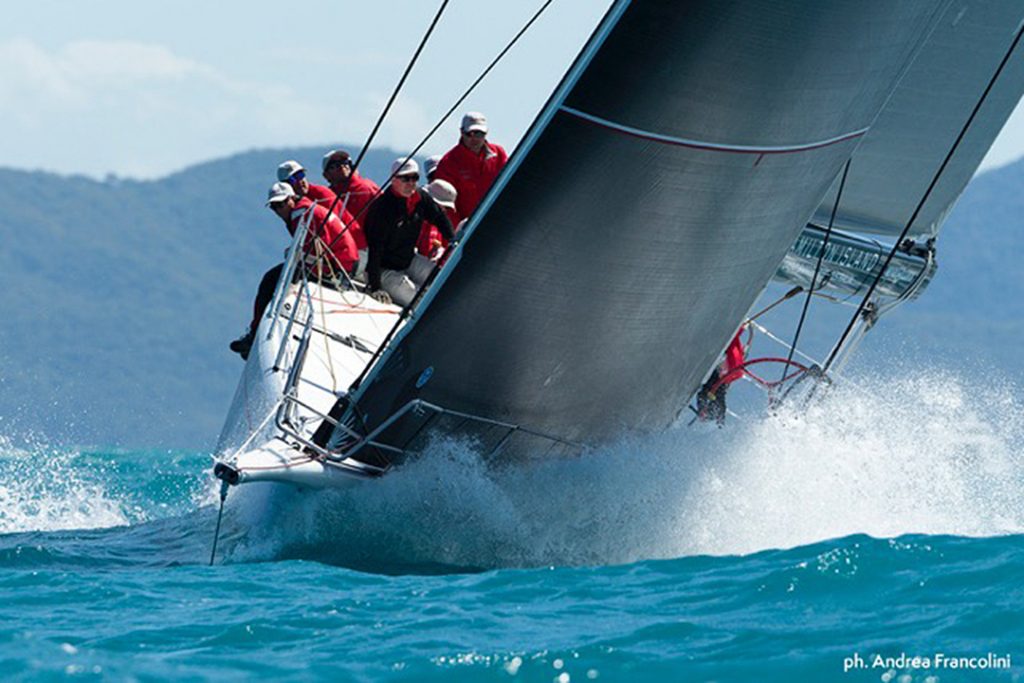 Wild Oats wines and bubbles have graced Sail Port Stephens for many years but now the regatta is getting a taste of the ‘real thing’ – Wild Oats X is lining up for the prestigious NSW IRC Championship for the first time.

Sandy Oatley family’s canting-keeled Reichel-Pugh 66 belied its size and vintage in the Rolex Sydney-Hobart and, as the largest entry in Sail Port Stephens’ 11-year history, will be firm line-honours favourite in IRC.

“We’ve been watching this regatta grow for a number of years now,” program manager Paul Magee says. “We are really excited to be competing there this year, especially after a great race south to Hobart.”

A hot field of TP52s are again expected to vie for overall honours after RKO tko-ed the fleet in 2017.

Regatta patron Matt Allen is bringing his new gun to the next knife fight, itching to be ‘number one’ again aboard the Botin 52. With Sydney-Hobart and 2018 Australian Yachting Championship titles already in the bag, the NSW championship would give Allen the trifecta of ‘majors’.

Fresh from a runner-up result in the Hobart race with the chartered Balance, Bob Steel is moving back to his MAT 1180 Quest and bringing a highly talented crew, while Darryl Hodgkinson will switch his Carkeek 40 Victoire to IRC mode after winning the Super 12 division at the recent Sydney Harbour Regatta.

Nine Dragons finished up top boat by the slimmest margin, a countback, after posting a final heart-stopping corrected time win by 11 seconds to Bushranger’s second. Cox will be hoping for a less stressful result this time around.

Race organisers are looking forward to welcoming the Sailors with disAbilities crew aboard Wot Eva to Sail Port Stephens for the first time. The TP52, skippered by David Pescud, will compete in the Performance Racing division to give the crew a taste of intensive inshore and short offshore racing.

Sail Port Stephens organisers have waived the entry fee to support the charity, while d’Albora Marinas are offering free berthing.

Wots Next, Charles Cupit’s Sydney 47 from the CYCA, is its closest rival for line honours.

In the strong Performance Cruising category, the lines between production cruiser and performance racer are blurring. A case in point is Rob Aldis’s Azuree 46 Kayimai, a twin-ruddered Rob Humphreys design that displays a blue-blooded pedigree once its 190 sqm asymmetric kite hits the masthead.

Jeanneau dealer Performance Boating Sales, long-time supporters of SPS, has announced it will be the maiden regatta for the award-winning Sun Odyssey 440 – the first in the country.

The 440 won European Yacht of the Year 2018 with innovations like an inclined side deck, and cathedral shrouds with retracted inboard shrouds to further clear the path forward.

The modified Mumm 30 Rumbo, owned by Port Stephens oyster farmers Guy and Clark Holbert, are mounting a defence for the NSW Titles in the Super 12 class. Rumbo received a wider transom, fuller bow sections and prodder as the Holberts aimed to recreate a mini TP52 on a budget

Last year’s victory came down to a broken wire on the Melges 32 Breezin, owned by Brad Sewell from southern Lake Macquarie. A solitary point is all that separated them after the breakage in the final race. Breezin will also be back. 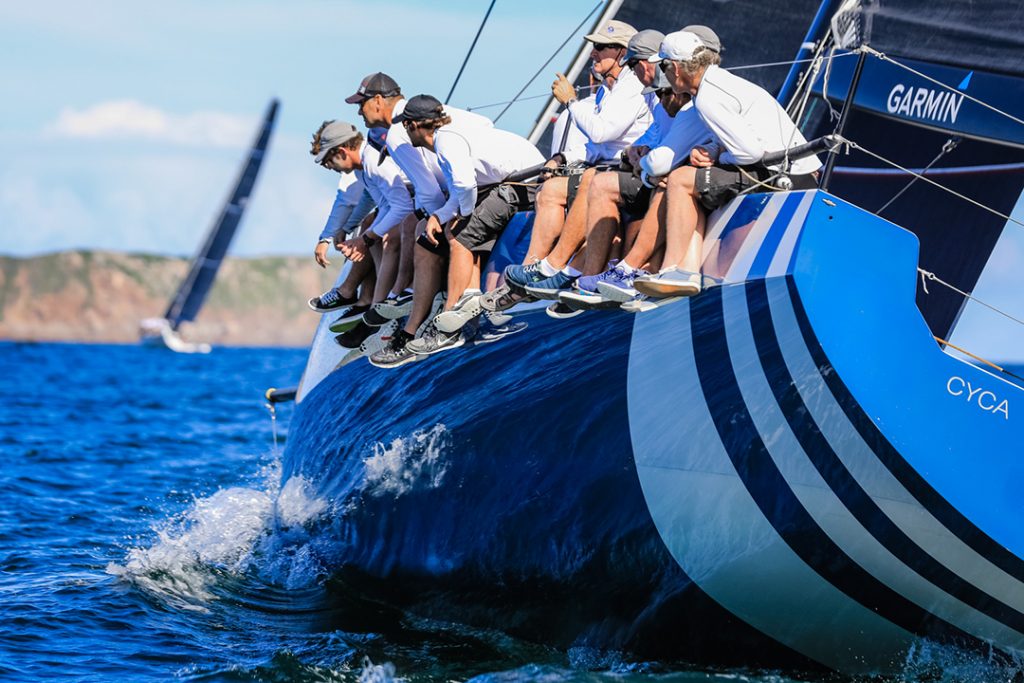 Ichi Ban crew will be out for revenge. Photo: Salty Dingo 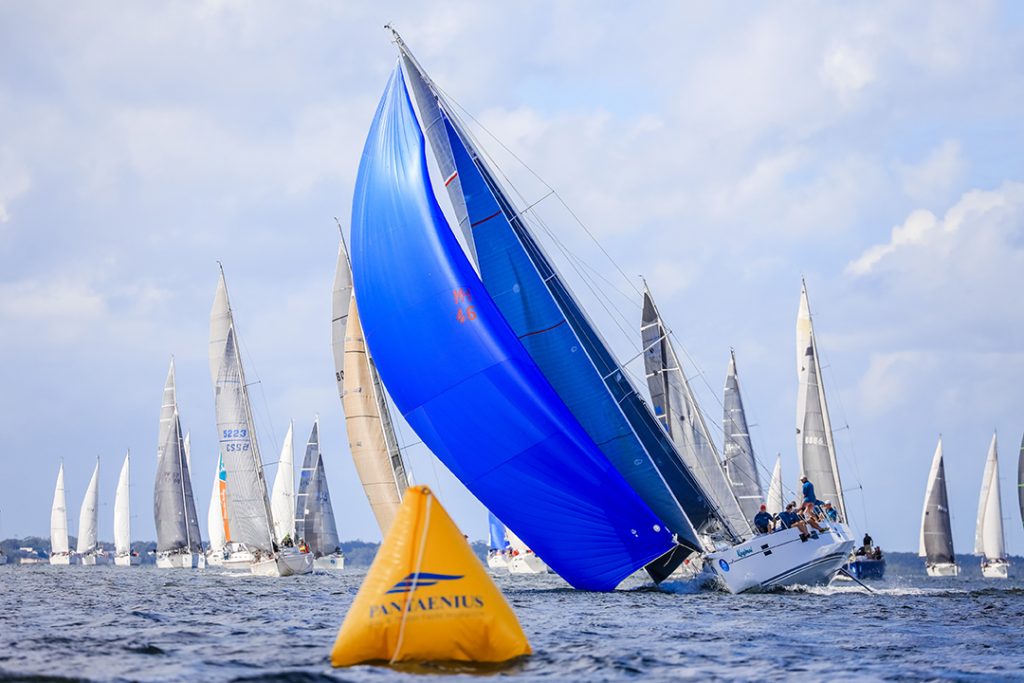