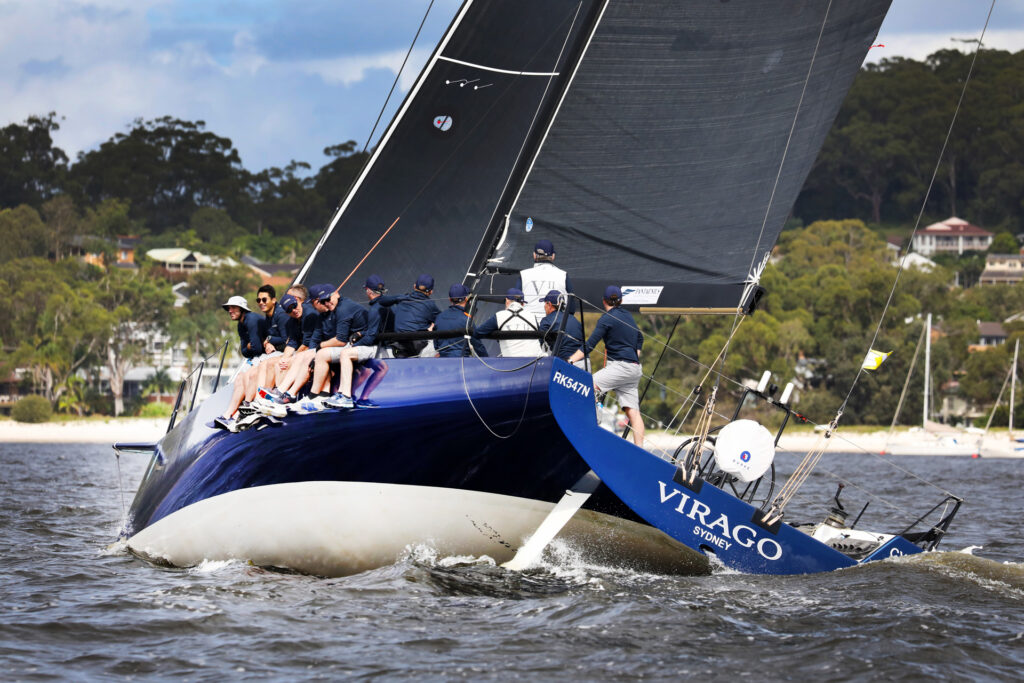 Opportunity knocks as racing heats up

Pessimists were predicting showers and light winds but the optimists and opportunists seized the day as the Pantaenius Sail Port Stephens Trophy Series and NSW Yachting Championships got off to a mostly bright and breezy start.

The eight-strong TP52 fleet and IRC/ORC Division 2 yachts all headed offshore as per program, managing three windward-leeward races in conditions that averaged 12 to 15 knots but also included sizable squalls of 25 knots. By the third race, the sou-easter had increased to a meaty 20 knots and the TPs were reeling off speeds close to that mark on the downhill legs.

Essentially, the yachts that changed gear well did well.

IRC Division 3 contenders, meanwhile, were kept inside the bay to join the 100+ Performance Cruising yachts on a long and challenging passage race into the western reaches of Port Stephens.

Gordon Ketelbey’s Zen was boat of the day among the TP52s, shaking off a sixth in race 1 to post two firsts. It leads Celestial and Gweilo on IRC, and Quest and Smuggler on the TP52 Gold Cup’s class-based handicapping.

“It turned out to be a good day for us – first race wasn’t so good but the next two were perfect,” Ketelbey said. “TP52s are complex machines with lots of things to change when the breeze fluctuates and they’re also designed for lots of wind, being full offshore boats, so we had no dramas.

“The last race in particular we had some great rides.”

Keiran Mulcahy’s King 40 Soozal had an even better day in IRC/ORC Division 2, posting two firsts and a second to build a buffer over closest rivals Nine Dragons (Bob Cox) and Bushranger (Gerry Hatton).

“Soozal displaces 7000kg, so it’s a decent-sized boat that settles down really well and doesn’t mind those squalls. You just have to keep focusing, that’s all,” Mulcahy said. “If nothing else we picked the really big squall coming, tacked for it, and gained an advantage.

“The tacticians made some really good calls and the crew sailed well. We let people chase us rather than us chasing them.”

Race officer Denis Thompson has a passage race planned tomorrow for the TP52s and IRC/ORC Division 2, heading from Fingal Bay to Broughton Island then finishing off the Nelson Bay breakwall.

“We’re expecting a little lighter breeze and more north in it,” he said, adding: “IRC 3 did their passage race today, so tomorrow we’ll try to get them outside to do their windward-leewards.”

Mulcahy says the passage race could potentially suit the more powerful DK46 Nine Dragon but isn’t apprehensive. “We’ve got good trimmers on board, the sails are well set up and the weather looks good for us.”

Reigning state champion Farr 31 SoFarr reignited its form at Port Stephens after a quiet Commodores Cup series, dusting off the Sydney 36 Stormaway and modified Adams 10 Get it On in IRC Division 3. On ORC, it’s Stormaway leading the way from Get it On and the J122 Joss.

“It was an awesome course for us, great fun, lots of tide, sandbanks to avoid, and really challenging for Pete our navigator and Rob our helmsman,” said long-time crewman Andrew Parkes. “We’ve transferred the whole crew across from the old boat and we’re having a lot of fun.

“Little Nico was faster downwind but we managed to pull away upwind. We’re happy but also pleasantly surprised to get the line-honours/handicap double.”

In other results, Jon Linton’s Dehler 46 Llama II won Division 2 from Lunacy (Chris McSorley) and Travelling Light (Ron Winestock). Division 3 was taken out by Kelsea Blue, Adrian Williams’s C&C 115, from Aeolian and Beluga, while the Division 4 podium went to the Jeanneau 440 Wings, S&S 42 Vittoria and NS380C In the Mood.

After day one and three races, the current National Champions Chris Dance and Peter Hackett, Edge of Equanimity AUS2980, lead from Rick Longbottom and Darryl Bentley on Timely Element AUS790 by just one point. In third is Hugh and Anna Tait, Serendipity AUS2925. With two days left to sail, and variable conditions it is all on the table. 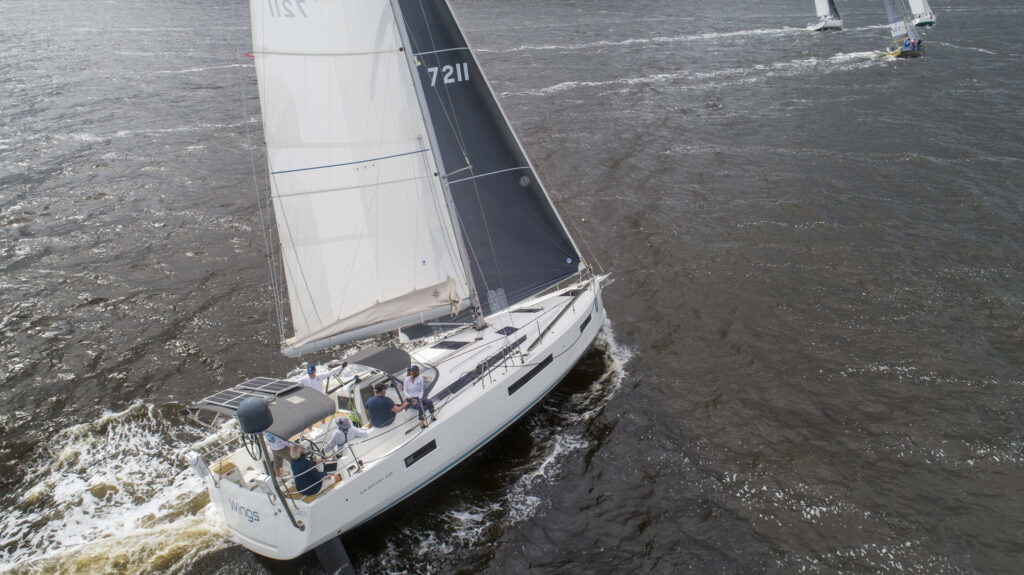 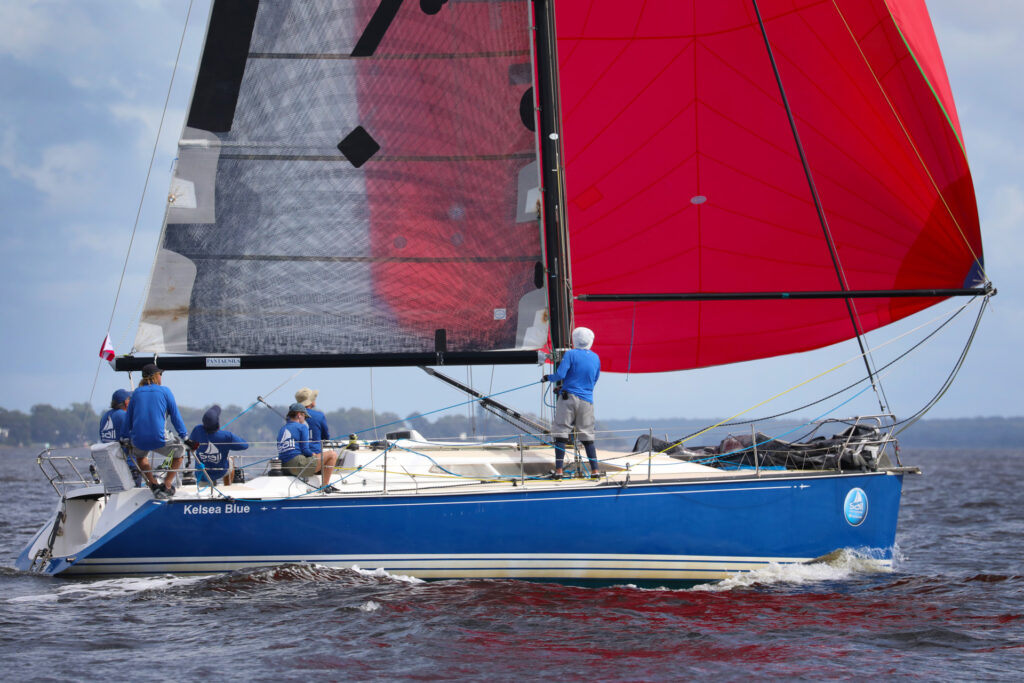 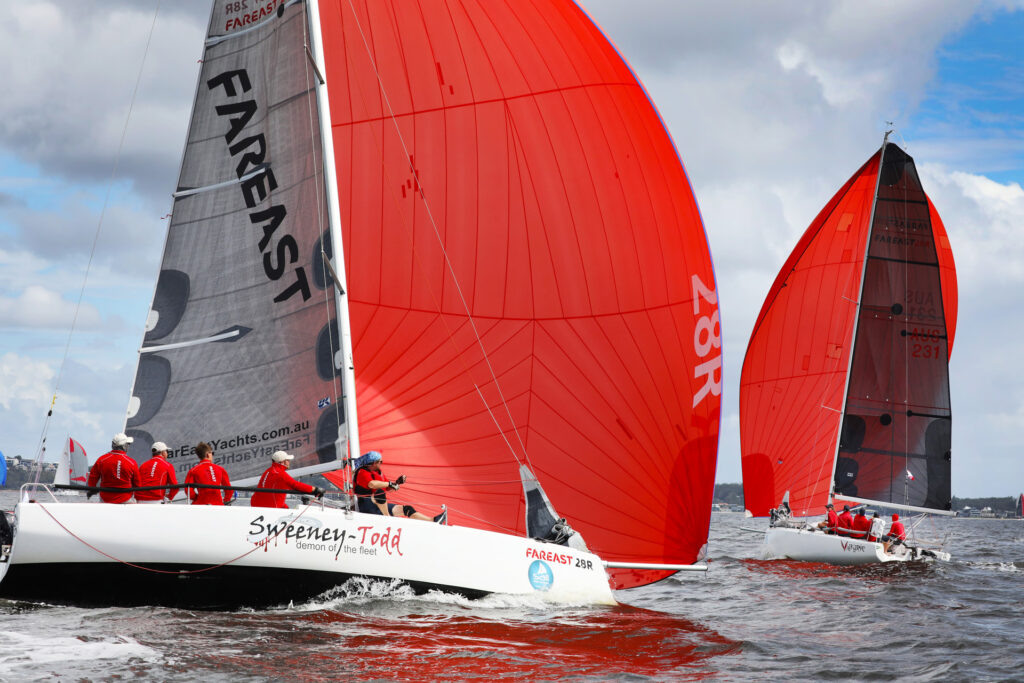 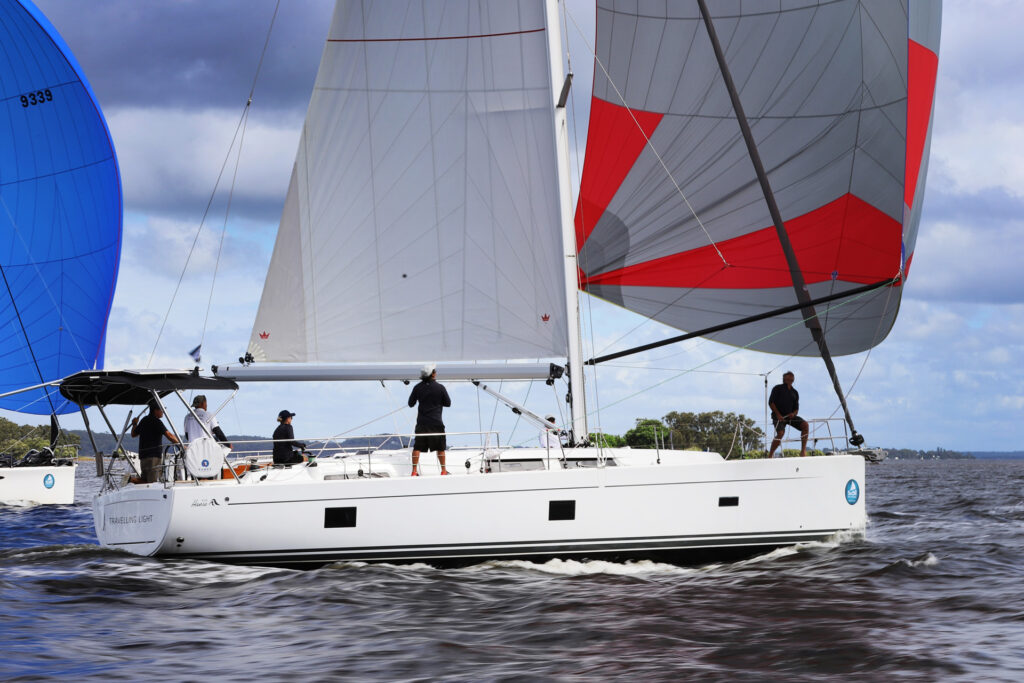