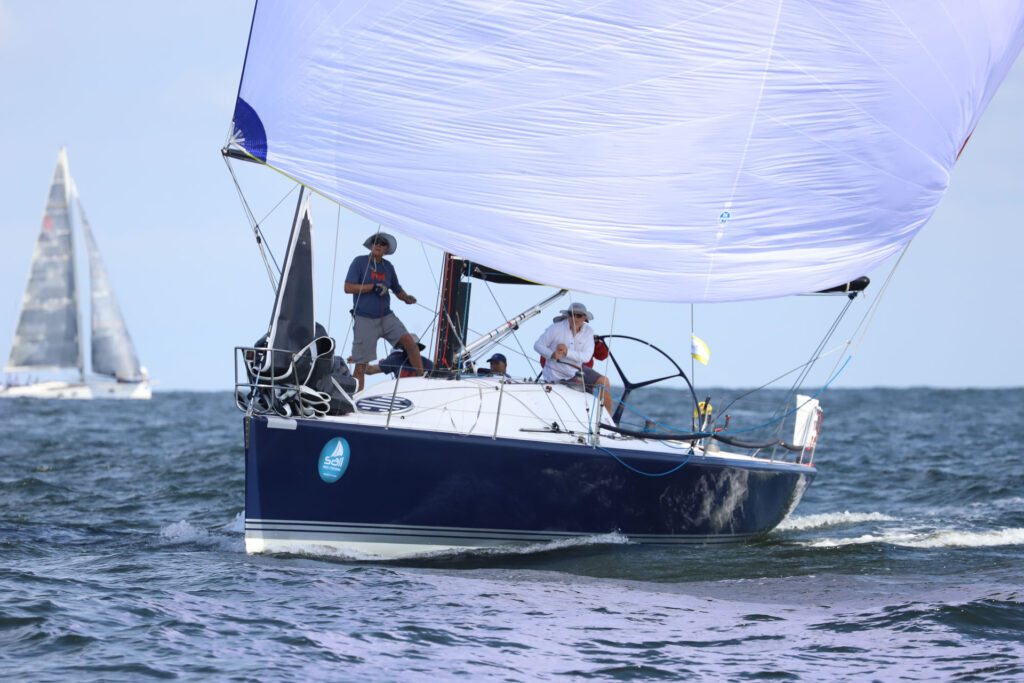 Series finale is racing at its finest

Queensland has Surfers Paradise, NSW has Sailors Paradise. It’s located just outside the headlands of Port Stephens, where a cluster of Hawaiian-style islands from the set of Jurassic Park create an idyllic racecourse for yachts competing in the Sail Port Stephens Commodores Cup.

Today, with a sou-east breeze of 15 knots, it was about as good as yachting gets. Plenty of tight spinnaker reaches to thrill the crew, enough upwind work to make it tactically interesting, then a languid run back to the finish line on the Nelson Bay breakwall.

A taste of offshore sailing before partying the night away at the disco-themed presentation night.

And speaking of presentation, the honours in Division 1 went to overnight leader Exile, a Farr 40 campaigned by Middle Harbour’s Rob Reynolds. A model of consistency in the variable conditions, they added a second placing today to another second and fourth placing.

Mako, helmed by Tim Dodds on behalf of an owners syndicate from Newcastle Cruising Yacht Club, dropped to third overall as the Beneteau 51 51st Project won the day. Austmark was third on handicap in today’s final heat.

Little Nico once again set a hot pace, posting a time of 2hr10min to beat the Marten 49 Indigo 2 across the line by a full 10 minutes.

The handicappers caught up with Newcastle’s Joe de Kock, who’d clocked consecutive wins aboard his Dehler 44 KD4, but he and his crew still managed a second placing today to handsomely win Division 2 overall. Runner-up was Mark Skelton’s Beneteau 40.7 JAB from Cicero, sailed by Mark Hellyer from Royal Prince Alfred.

KD4 was the fastest boat of the division, while Hussy was the surprise package today, Grant Pocklington helming the Sydney 39CR to first place on handicap.

Peter Farrugia’s Bullwinkle, a Bull 9000, couldn’t repeat its line/handicap double from yesterday, dropping to 4th across the line and 3rd in the Division 3 series. The Adams Cruising 10 Rant and Rave stepped up a gear to claim overall victory from previous leader Aeolian.

Today’s race podium went to the Hanse 370 Trim from Kelsea Blue and the modified Adams 10 Get it On. The latter was also first over the line.

Division 4 also saw the overnight leader hanging on today, though only just. Derek Sheppard’s Elliott 780 Blacksheep took the bikkies from the Young 88 Young at Heart and Tana, a Jeanneau 32. The day’s honours went to Summer Salt from Betty D and Sweeney-Todd.

In the non-spinnaker division, the Beneteau Oceanis 321 Elara was too good. Next was Next, a Sydney 38 Cruiser, from the Making Waves Foundation TP52 Woteva with Newcastle’s Greg Pugh at the helm. 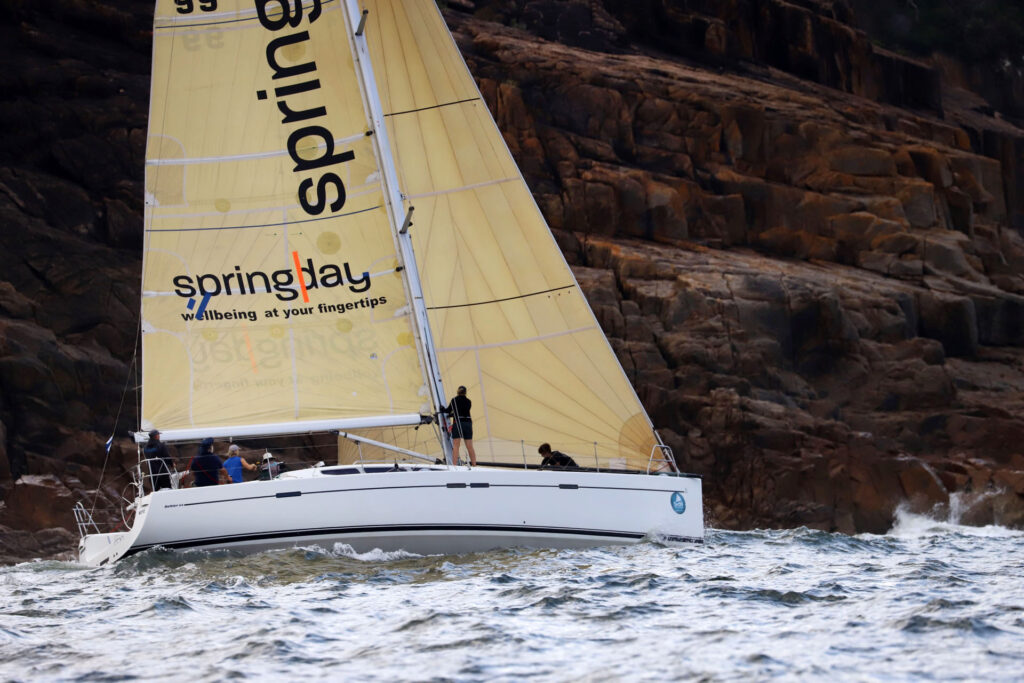 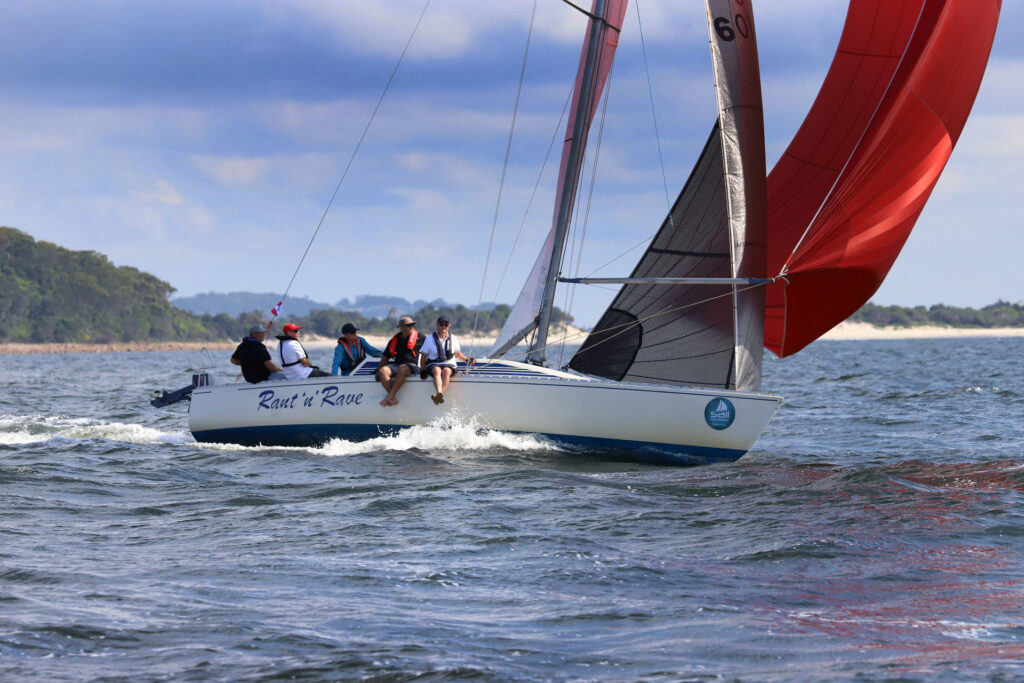 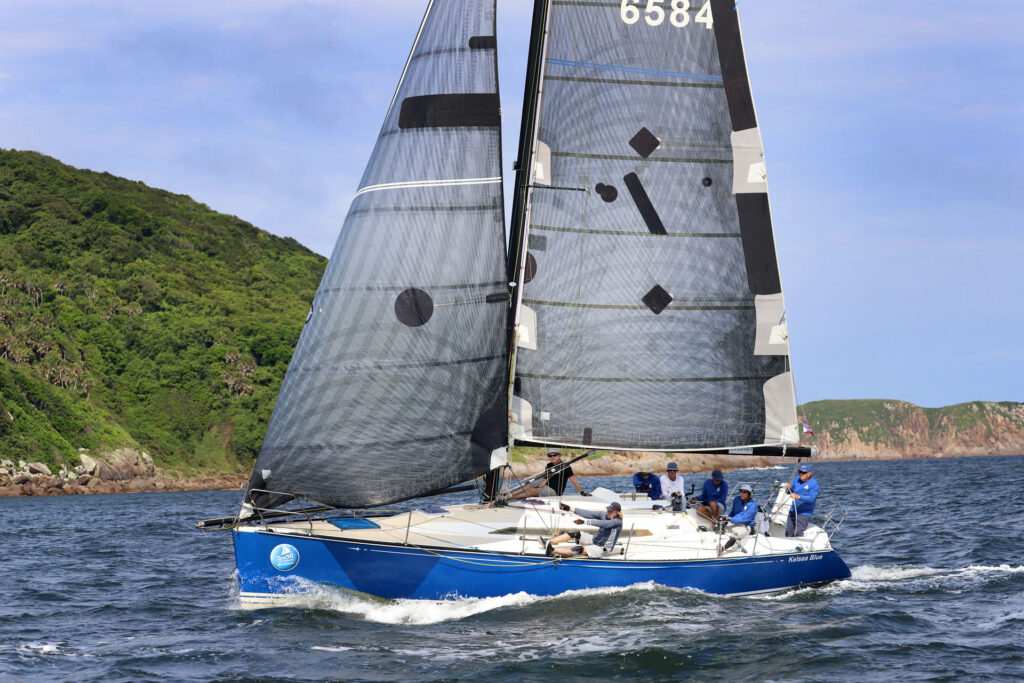 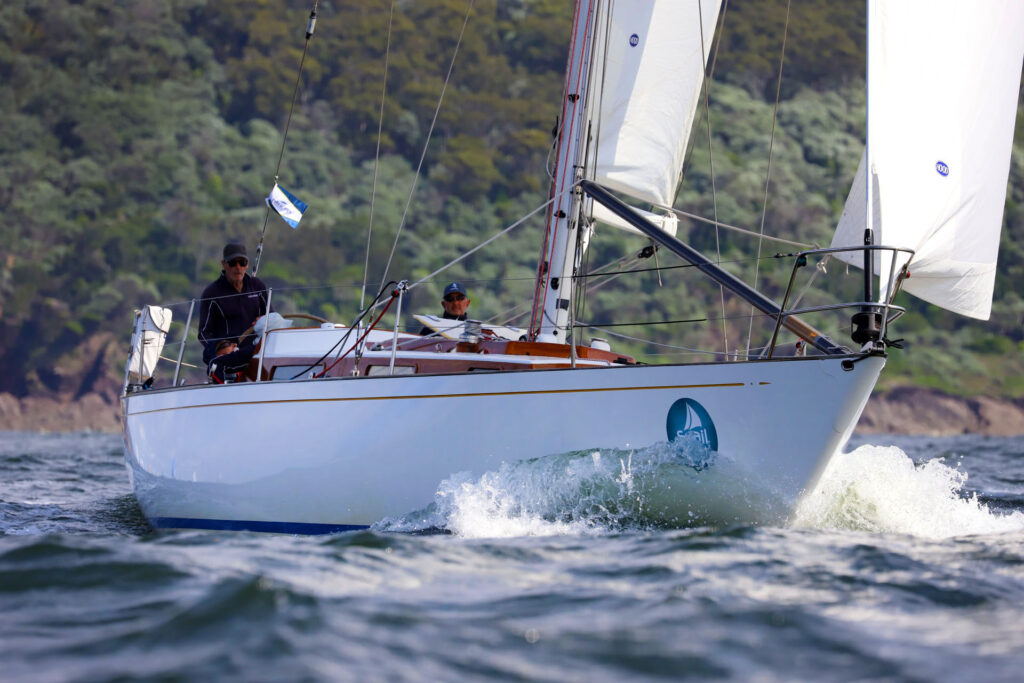